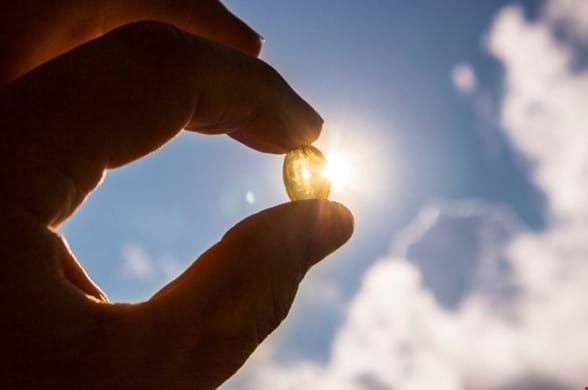 
There is an “indisputable relation between vitamin D and the immune system”, says a new review that shows that avoiding vitamin D deficiency has clear benefits for immune health.

Interest in the potential immune health benefits of the sunshine vitamin have increased in recent weeks and months: Vitamin D was one of several nutrients flagged in a recent review for a well-functioning immune system as an important factor to protect against viral infections. The paper, led by Prof Philip Calder from the University of Southampton in England, also cited vitamin C, zinc, and DHA omega-3 (Nutrients?, 2020, 12?(4), 1181; doi: 10.3390/nu12041181?).

In addition, researchers from Trinity College in Dublin, Ireland recently stated that vitamin D deficiency is suggested to play an important role in the severity of COVID-19 infections.

Writing in Alimentary Pharmacology and Therapeutics??, the Trinity College scientists stated: “… the evidence supporting a protective effect of vitamin D against severe COVID-19 disease is very suggestive, a substantial proportion of the population in the Northern Hemisphere will currently be vitamin D deficient, and supplements, for example, 1000 international units (25 micrograms) per day are very safe. ?

“It is time for governments to strengthen recommendations for vitamin D intake and supplementation, particularly when under lock-down.”?

The new review, written by scientists from the Katholieke Universiteit Leuven in Belgium and published in Nutrients*?, looked at data from in vitro and human studies and found that many in vitro studies used “supra-physiological concentrations of 1,25-(OH)D2D3”? (1,25-dihydroxyvitamin D – the ‘active’ form of the vitamin in the body). Such doses are “probably not achievable with regular vitamin D supplements in humans, as these concentrations risk hypercalcemia and soft tissue calcifications”,? stated the reviewers.

While the benefits observed in the in vitro studies have not translated well to human intervention studies, the reviewers said this could be because of the doses used, the timing of the supplements, and the duration of the interventions.

“… the timing of vitamin D intervention will be crucial. In animal models, vitamin D metabolites work best in a preventive setting, a time window that is often missed in human trials,” ?noted the reviewers. “Therefore, future randomized and controlled trials will be needed to investigate whether supplementation with regular vitamin D can indeed prevent or modify the course of inflammatory or autoimmune diseases in at-risk subjects. ?

“For now, the bottom line on the effect of vitamin D in the immune system is that avoidance of severe vitamin D deficiency improves immune health and decreases susceptibility to autoimmune diseases.”?

While our bodies do manufacture vitamin D on exposure to sunshine, the levels in some northern countries are so weak during the winter months that our body makes no vitamin D at all, meaning that dietary supplements and fortified foods are seen by many as the best way to boost intakes of vitamin D.

Nutrients? has published a number of vitamin D-centric papers in recent weeks, including a paper** from scientists from the University of Eastern Finland that looked at which immune health-related genes are regulated by 1,25(OH)2D3.

According to their in vitro? tests, vitamin D targets genes with different immune-supporting effects, notably for (i) acute response to infection, (ii) infection in general and (iii) autoimmunity.

“[W]e suggest that the highlighted 15 genes are the most relevant targets of vitamin D in the context of immunity and may be selected as biomarkers in clinical practice for the personalized diagnosis of the connection between vitamin D deficiency and immune-related diseases,” ?they wrote.