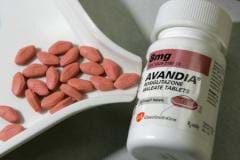 Avandia, a diabetes drug, which was used by a large number of patients in Britain, has been removed from the market. It is reported that the drug boosted the risk of heart disease. Yesterday, European safety leaders banned the drug. The committee in charge for drug security in the UK had asked to remove it from the market three months back. The drug had hit the market ten years back. It was considered as a new method to decrease sugar in patients who had type 2 diabetes. The disease normally impinges on people who are middle aged and old. The European safety heads said that the drug has been banned because the risks posed by it were more than the benefits. Security concerns were raised over the drug, and several critics were of the view that the regulators should have taken such an action quickly. Patients who were taking Avandia have been suggested to consult their physician, and carry on with the medicine till they move to some other drug. The U. S. Food and Drug Administration has not banned the drug, but has imposed tight restrictions on its usage. Peter Walsh, Chief Executive of the patient safety charity Action Against Medical Accidents, said, "We need a review of how medicines are regulated in the UK and Europe as a whole. We fear that pharmaceutical companies have far more influence than they should have".