WizKid: I hope to be a better person from my mistakes 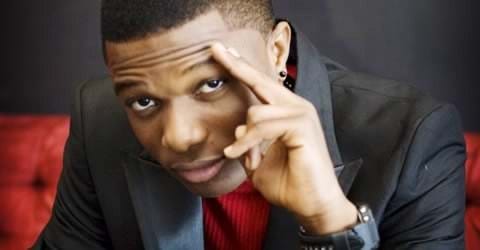 Young Nigerian musician, WizKid who has been in the news for both the right and wrong reasons in recent times says while he admits that he has made mistakes in his career, he is still learning and hopes to be a better person. The 21-year old has been in the news recently over allegations that he has impregnated a lady by name Shola, a student of the University of Ghana, an allegation he later denied. After keeping mute on the matter, the Holla At Your Boy singer was reported to have denied the allegation saying “No, I don’t. It’s just a rumour, I’m not thinking about that right now, I really don’t want to find myself in that kind of situation, I’m all about my music now.” His record label, Empire Mates Entertainment (EME), was reported to have also insisted on getting a DNA confirmation, that he, WizKid, is the ‘father’ of the pregnancy before fully admitting ownership. On Wednesday, the young star tweeted, “Every special person in my life is proud of me! ...I did a lot of work, made a lot of mistakes, but I think I did more rights than wrongs and I’m still learning!! ...” He further said, “I’m young, wild and free but I still wanna (want) [to] make my people proud so I’ll keep working and I’ll stay level headed, make those mistakes and learn to be a better person...” While his popularity seems to be rising by the day, other controversies to have rocked the artiste include an allegation of a romantic relationship with Nollywood actress Tonto Dikeh. WizKid, born Ayodeji Ibrahim Balogun, kicked off his singing career at an early age of 11 with the stage name Lil’ Prinz and later recorded a 7-track album which he released in his church in Lagos, Nigeria. He changed his name to WizKid in 2006 and gained prominence with his smash hit Holla At Your Boy in 2010.