Amandzeba To Honour Past Heroes 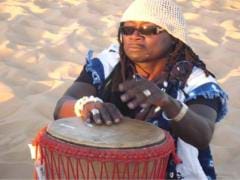 Amandzeba Nat Brew Ghana's high- lifer and the Chief Executive Officer of Amandzeba Concepts and Design (ACED) to honor our hero's coming December 23 this year Speaking in an interview with THE MOMENT he said “The Famous Legends Awards of Ghana (The Flag) or the Osagyefo Awards is to prop up our past hero's in the country”. Ghanaian achievers have found themselves on the wrong side of the popular maxim that says, “A Nation that does not honor its Heroes is not worth dying for”. Undeniably, it does emerge that this platitude has dwelt amongst us in time without end and, by that token, it could only be by vertical luck or divine intervention that this our relatively young nation has never chafe short of heroic deeds and exploits from her citizens; that may also explain why over the years, society has tended to attach little or no importance at all to giving due detection to her citizens – predominantly those who tell apart themselves in the field of the creative arts. - He noted. “it has always been when one runs into one of those forgotten member of the older generation of Ghanaian dramatists, comedians, footballers, writers, musicians and athletes – once celebrated and adore for their celebrity and contribution to society – completely hysterical and afflicted by poverty, disease and neglect”. More over, this new fiber of hope may be attributed largely to the visionary leadership of the government and no doubt, to the political will and practical appreciation of the value personal effort and individual creativity by the Head of State and his Deputy. “Let us sit up and promote our past heroes”-he added He further by saying “Today we celebrate the Azumahs, the Ikes and the Agbekos; But how many Ghanaians remember the legendary Jomo Jackson, the most stylish boxer Ghana has ever produced. Jomo Jackson fought and won thorny boxing bouts under Ghana's flag all over the world, but when age caught up with him, he was simply neglected. No body noticed Jomo die. Years before he died, Jomo was blind and had to roam Accra begging for pesewas, before dying a sad, unnoticed and unsung death – a pauper! It based on this does why “The Flag” has come to honor what our heroes has done to the survival of our country.