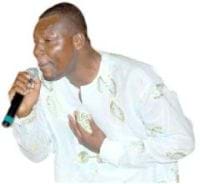 Adane Best counts himself one of the happiest musicians around at the moment because soon after winning the Highlife Album of the Year honour at the 9th MTN Ghana Music Awards (GMA) held last month, he has shifted into top gear with the Bukom Ensemble in preparation for next month’s Kuumba Festival in Knoxville, Tennessee in the United States. Adane has consistently harnessed indigenous elements in his music and he told Showbiz he is glad of the opportunity to export his sweet melodies to the United States by courtesy of the Kuumba Festival. The Kuumba Festival was started in 1989 by local Knoxville artists and community activists to showcase local African American arts and artistes thereby sharing, educating and exposing rich cultural art forms to the Knoxville community. It is the largest African American cultural arts festival in East Tennessee. This year’s festival, scheduled for June 26 through June 29, will be a multi-event celebration with more than 200 entertainers performing on three stages. According to Adane’s management team of J. Kwabena Kansis and Baffour Owusu Fordjour, the festival organisers are keen this year to showcase good quality music from Africa and they readily jumped at the idea of an award winner from Ghana backed by an experienced group like the Bukom Ensemble. “Every chance to sell Ghanaian and African culture should be grabbed because we have so much to show the world,” Kansis told Showbiz. “Adane has proved over the years that he can always deliver great stuff and the Kuumba Festival will be a unique platform for him to sell himself to America and the rest of the world.” Last month’s GMA award was the second for Adana after grabbing the Highlife Song of the Year award in 2003 with his massively popular Manfio hit. He had ealier won the Entertainment Critics and Reviewers Association of Ghana (ECRAG) award for Best Dance Music with his debut recording, Ayite in 1992. “I love highlife and the fexibility it allows you to explore melody and lyrics,” Adane stated. “I’m glad I won an award this year and I hope everyone who attends the Kuumba Festival in Tennesse will have a good taste of Ghanaian music from me and the Bukom Ensemble.” The Bukom Ensemble was started by the late percussionist and flutist Nii Adu ‘Big Boy’ Ofoliquaye in the early 1980s after breaking away from the famous Wulomei of which he was a founding member. Big Boy’s son, David, is now in charge of the group which still dishes out infectious folk-driven compositions. Adane never dreamt of reaching such a level years ago when he bought and sold fish as a youngster on the beaches of Accra. He learned about life the hard way after the death of his mother and that informs his approach to the message-filled songs he has brought out so far on his seven albums. “What you say in a song is important because you can affect lives negatively with lose lyrics. We musicians must always try to bring out the best in people with our work.” Adane has featured on recordings for several artistes including Borax, Kaseem Bebe and Tinny. He cannot say which is his favourite recording at the moment because he believes his best is yet to come. For now, his concentration is on coming up with a great package for the 19th Kuumba Festival in Knoxville, Tennessee.