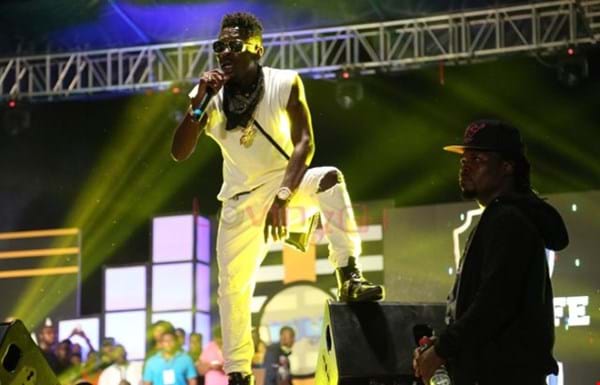 “Mahama Paper” famed Ghanaian dancehall artiste Shatta Wale has alleged that his colleagues in the music industry namely Stonebwoy, Efya, EL and Feli Nuna were paid an amount of $4,000 for the 2016 Coke Studio Africa Season 4.

Explaining how he rejected an initial proposal from Coke Africa, the ‘Baby Chop Kiss’ hitmaker on Accra-based Pluzz FM said he is a serious business minded person and does not take exceptions to his work and money.

“They first offered me $ 4,000 and explained 'some of the artistes they have worked accepted the same amount'. But I told them if indeed some artistes have taken it, I am different and I do not take delight in sitting on a plane," he said.

"I always do business so I asked my management to talk to them to add some money. So they went and came back with $ 15,000. They spent about one and half years to draw this final conclusion," he revealed.