Because of Ghana, I stand proud as an African Yvonne Chaka Chaka 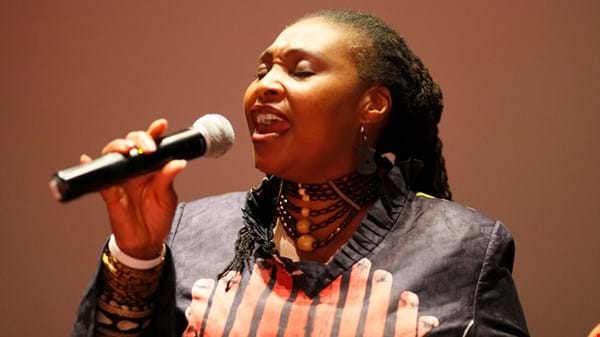 Internationally acclaimed South African singer, Yvonne Chaka Chaka has thanked countries like Ghana for their enormous contributions towards ending Apartheid in her country.
Yvonne, known as the ‘Princess of Africa’, believes that the help of countries like Ghana providing shelter to South Africans who fought for the end of Apartheid was crucial in the run to end the rule.
Apartheid, which means “separateness”, or “the state of being apart”, was a system of racial segregation in South Africa enforced through legislation by the National Party (NP), the governing party from 1948 to 1994.
Under apartheid, the rights, associations, and movements of the majority black inhabitants and other ethnic groups were curtailed, and white minority rule was maintained.
Speaking in an interview on Drive Time on Joy FM with Rudy Kwakye Friday, the South African music great reiterated the role Ghana and other countries played.
“Today I stand very proudly of being a true African. Obviously, when I was born during the Apartheid years, things were very, though. Thank you to countries like Ghana, Uganda, Nigeria, Tanzania, who housed our brothers when they were in exile. Today I walk tall because I have been given back my freedom,” she said.
Yvonne Chaka Chaka has been doing music for the past 31 years. She started in 1985. After more than three decades of doing music, she says “Today, I walk tall as 50-year-old and I say I’m blessed.”
Her last album, ‘Amazing Man’, was released in 2013. She said the album is “about all the African great leaders; Kwame Nkrumah, Julius Nyerere, Nelson Mandela. It about celebrating Africa.”