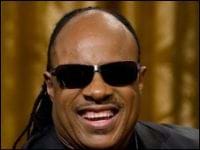 President Obama has honoured Stevie Wonder, his musical hero, with America's highest award for pop music at a ceremony at the White House. The president said the Motown legend had been the soundtrack to his youth and he doubted that his wife would have married him if he hadn't been a fan. Presenting him with the Library of Congress' Gershwin prize, Obama said Wonder's style was uniquely American. His song Signed, Sealed, Delivered was a theme song during Obama's campaign. Here I am baby The First Couple also used You and I, a Wonder song, as their wedding song. "I think it's fair to say that had I not been a Stevie Wonder fan, Michelle might not have dated me, we might not have married," President Obama said. "The fact that we agreed on Stevie was part of the essence of our courtship." In an interview with Rolling Stone last year, the then senator said: "If I had one musical hero, it would have to be Stevie Wonder." Michelle Obama called Wonder "one of the world's greatest artists" and said that Wonder's Talking Book was the first album she bought. No one-hit Wonder Wonder has sold more than 70 million albums since he was signed by Motown Records at the age of 11. He was honoured with a lifetime achievement award at the Grammys in 1996 and inducted into the US Rock and Roll Hall of Fame two years later. In 2005, he released his first album in 10 years, A Time to Love, following it with concerts in the US and Europe in 2007 and 2008. The Library of Congress had decided to honour Wonder before President Obama won the election last year. This is only the second time the Gershwin prize for Popular Song - which honours George and Ira Gershwin - has been awarded. Paul Simon won the first prize in 2007.