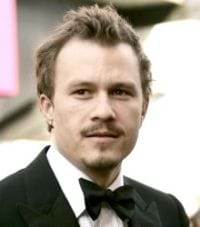 Hit British film Slumdog Millionaire has won the top prize at the Academy Awards, winning eight Oscars including best director and best picture. In a great night for Britain, Kate Winslet won the best actress Oscar for The Reader, finally clinching the award on her sixth nomination. The big surprise of the night was Sean Penn, winning best actor for his role as gay rights activist Harvey Milk. Heath Ledger won a posthumous Oscar for supporting actor for The Dark Knight. The actor's family received the award on behalf of Ledger, who died in January 2008. "We have been truly overwhelmed by the honour and respect being bestowed upon him with this award," his mother said. Ledger becomes the second performer to win a posthumous Oscar, following Peter Finch's win for Network in 1977. But the night belonged to Slumdog Millionaire, the rags-to-riches tale that has enchanted audiences around the world. Director Danny Boyle, 52, bounced up and down in delight as he received his award, telling the audience: "I swore [to my children] if this miracle ever happened I would receive it in the spirit of Tigger." Optimism The film, set in the slums of Mumbai (Bombay), won eight awards in total, including gongs for best adapted screenplay, cinematography, sound mixing, film editing, best original score and best song. "There are certain places in the universe you never imagine standing. For me, it's the moon, the South Pole, the Miss World podium and here," joked British screenwriter Simon Beaufoy, previously best known for writing The Full Monty. Indian composer AR Rahman, who received two Oscars - for best song and best score - praised the city which inspired the book, and subsequently the film. He hailed "all the people from Mumbai and the essence of the film, which is about optimism and the power of hope and our lives". As anticipated - after years of waiting in the wings - Winslet, 33, won her Academy Award for playing a Nazi prison officer in The Reader. "I'd be lying if I hadn't made a version of this speech. I think I was probably eight years old and staring into a mirror," she said. She thanked her husband, Revolutionary Road director Sam Mendes, and her children, for "letting me do what I love and who love me just the way that I am". Equal rights In a night of predictable outcomes, Sean Penn's best actor triumph for his portrayal of gay rights activist Harvey Milk seemed to win the A-list audience's approval. "You Commie, homo-loving, sons of a gun," said Penn, addressing his fellow performers. "I did not expect this, and I want to be very clear that I know how hard I make it to appreciate me," said the 48-year-old, who often attracts criticism for his outspoken views. In an impassioned plea - and to rapturous applause - Penn called on "equal rights for everyone". "I think it is a good time for those who voted for the ban against gay marriage to sit and reflect and anticipate their great shame," he said. His thoughts were echoed by Milk screenwriter Dustin Lance Black, who won best original screenplay for Milk. "I heard the story of Harvey Milk and it gave me hope ... that one day I could live my life openly as who I am. And that maybe I could even fall in love and one day get married," he said. Musical medley The Academy of Motion Picture Arts and Sciences were eager to breathe new life into this year's ceremony, after a continued decline in TV viewing figures. Australian actor Hugh Jackman hosted the show, and showed off his musical talents - opening with a medley of songs paying tribute to the best picture nominees. He went on to join singer Beyonce in a tribute to Hollywood's best-loved musicals. Spanish actress Penelope Cruz became the first winner of the night, picking up the best supporting actress award. The 34-year-old star won her first Oscar for her performance as a passionate artist in Woody Allen's Vicky Cristina Barcelona. "Has anybody ever fainted here. I might be the first one," said Cruz, who was previously nominated in 2007. Cruz, who becomes the first Spanish actress to win an acting Oscar, dedicated her award "to all the actors from my country". "Thank you Woody for trusting me with this beautiful character," she said.