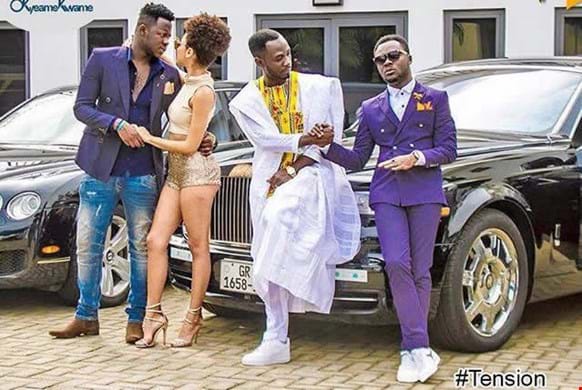 According to urbanroll.net, Okyeame Kwame's new release has been ranked the most downloaded music this week on its platform.

Recounting songs that made the waves in the period under review, it was revealed that "Tension" went ahead of all others after its release.

The song which is a collaboration between the Rap Dacta, the sensational Deborah Vanessa together with Medikal and Cabum broke the internet when it was released. It has since then received massive attention from fans and music lovers. It is impressive how Okyeame Kwame is maintaining a good finesse and continuously inspiring creative difference with his craft.

'Tension' precedes 'Atongo' from 4X4, which placed second and then followed by 'Ohemaa' by Spinal ft. Mr. Eazi.