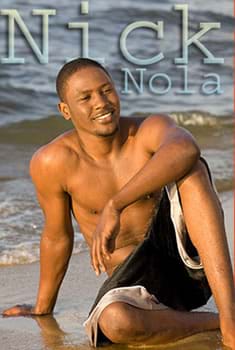 Young Ugandan RnB artist Nick Nola has just released his first new single for over year. Nick Nola has been busy in the studio since his union with the entertainment website UGPulse.com, recording with Uganda's top producers such as Swangz Ave, Washington, Kiwuwa and GoodEnuff Studios. The artist and his management at UGPulse decided to package the new material into an album to be released later in the last quarter of 2010. Releasing videos for hits such as Aliwa and Sembera, a McKenzie song that featured Nick Nola, for much of the earlier part of 2010, Nick Nola and his management have been promoting the artist with previously recorded, yet underutilized material, while working on his new tracks. Asked whether releasing albums works in a market such as Uganda, UGPulse owner Peter Kigonya was quick to respond, "At the end of the day we are trying to put out a quality product… both the music as well as Nick Nola as an artist… or a brand. And we feel like the best way we can do this effectively, is by releasing a top quality album. Whether the album sells profitably as a unit is another story. But we'll definitely, enormously appreciate all those that will go out to buy it because we are putting a lot of effort into it." First on the list of songs to be released from the album is I Love the Way, a Dancehall/RnB hit with fellow artist Bella produced by Washington. The song is set to be released on the ground in Uganda in the near future with a video on the way. "Nick has had a good following online on Facebook, Youtube and Reverb Nation and so we figured we would let his fans at these social medias have access to his song first," says Peter Kigonya. "So far the response online has been very encouraging. For those fans that are not online, Nick Nola will be working aggressively, as he always does, to get the music where it needs be on ground starting next week. We will also give exclusive rights to certain quality photos for those who need them and make a case for us to distribute them in this way."