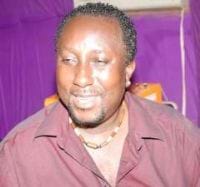 Nana King generates big buzz on US Indy Music Chart with new album. Hiplife artist turned crooner, Nana King has certainly proved himself capable of doing R&B that can be enjoyed across borders. He said he was going to prove that Africans can do other forms of mainstream music other than ‘world music’ with determination and hard work. Well, he is on the way to success. Three cuts from his new album, ‘New Beginning’ currently occupy the top three positions on www.Indie-Music.com’s R&B/Soul Chart as follows: 1. Thank You 2. Hot Hot Hot 3. Thug Queen Nana King has sustained this feat for about 2 months now. Indie-Music.com is one of the top Independent charts in America since1996. Nana King who is currently in LA promoting his album is very excited about this feat and he is hopeful that the album will grow stronger each week. In a telephone conversation from Los Angeles, he expressed excitement about his chart success but was quick to add that a lot remain to be done in order to make his dream of succeeding in America come true. He is currently in the US promoting his album.