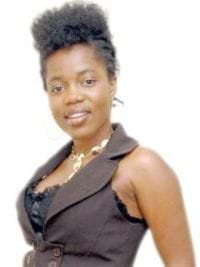 In recognition of her fight against child molestation and her desire to assist the less privileged in society, hiplifer Mzbel has earned a new feather in her cap. Last Friday, at the National Theatre, Shear Power Ventures, organisers of the Portrait of an Excellent Woman presented the Encouragement Award to Mzbel for her courage and will power. And that is not the only achievement the pretty 28-year-old singer can boast of. As reported earlier in Showbiz, she is also preparing herself for the US, where she will be addressing an African Women in the Diaspora conference in June this year for her anti-child molestation campaign in Ghana. According to Ewra Adwoa Buahema, Development Facilitator for Shear Power Ventures, “this young lady has in recent times suffered traumatic experiences within our society. She has been physically and emotionally abused, publicly criticised and perhaps misunderstood.” Though laden with bruises and wounds, Mzbel managed to dust herself off, pick herself up, and start walking again for which reasons the organisers deemed it fit to honour her. “But why Mzbel?” was the question many seem to be asking when it initially came to light that she was being presented with an award. Ewra explained that Mzbel’s experience though unique to her, is representative of many dilemmas and challenges that the youth face today, in a complex, dynamic and multicultural world. An equally elated Mzbel who was beaming with smiles and obviously happy with the award told Showbiz that she intends to go all the way to nuture, nourish and encourage the self esteem and spirits of the youth. On the said night, ten portraits of excellence who have undoubtedly set themselves apart as role models were also awarded for the excellence that they had displayed in their lives and works by the Minister of Women and Children’s Affairs, Hajia Alima Mahama. The ten women were nominated by opinion groups in their regions and selected against four pillars of excellence: Duty, sacrifice, integrity and approachability. looking majestic in rich fabrics, the women took turns to take their award as they received cheers from the audience. Master of Ceremony for the evening Fritz Baffour made all attempts to revive the dull evening even after the Calvary Methodist Junior Choir, the Ramblers International Band and Kwabena Kwabena had performed incredibly. It came as no surprise when the special guest and keynote speaker, Osagyefo Amoatia Ofori Panin, chief of Akyem Abuakwa, after delivering an impelling speech on positive perspectives, the role of women in development and change, left with his entourage, apparently for a trip. It was sponsored by Ghana Commercial Bank, Marie Stopes International, Women’s World Banking and Merchant Bank.