Musician In Danger For Saying He Loves Samira 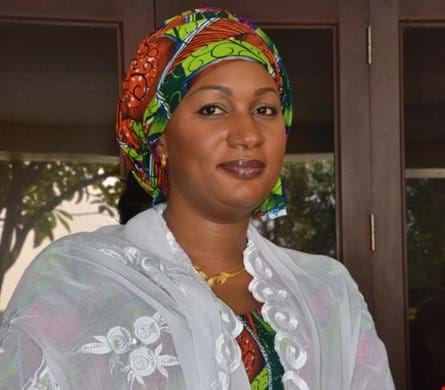 Hiplife artiste Pope Skinny has been given a two-week ultimatum to retract or apologise for publicly confessing his love for Ghana's Second Lady, Samira Bawumia, or suffer the consequences of the fury of the Mamprugu Youth Association (MAYA), a development-based youth group in the Northern Region.

“We had to calm the youth down because they were ready to trace him and deal with him but I told them I would call the newspaper which put out the story and get them to tell the boy to retract his statement and apologise within two weeks.

“What he said is a taboo under our customs and traditions. Samira's husband is a Mamprusi Royal and it is impious and forbidden for any man to say he is in love with the wife of a royal. We are Mamprusis and would not watch someone trample on our traditions. We take strong exceptions to such blatant misbehaviour and we demand an apology from the artiste immediately. We assume he was ignorant of our customs but if he fails to apologise, then we know he has decided to intentionally step on our toes,” King J. Azortibah told NEWS-ONE when he called the paper's editor and introduced himself as Chairman of the Manprugu Youth Association.

Pope Skinny, host of Kasahare Level on Adom FM, was reported to have confessed his love for Samira while hosting the show a fortnight ago.

“Bawumia's wife has no size. Can someone get me her number so that I tell her that I want her to be my sugar mummy? I am in love with the woman…Forgive me Bawumia, you are my man but I am really in love with your wife. I wish I would have her for myself,” Pope Skinny was quoted by adomonline.com to have stated on the radio show.

King Azortibah explained further that apart from Samira being the wife of a royal, she is a Muslim wife and her religion frowns on men making such statements about married women.

“Even if the musician had said what he said in the form of a song, we may have taken it on a lighter note, and perhaps danced to the song, but he said it on radio and went ahead to state on his Facebook wall that the comment was not a joke. He has gone too far and ought to apologise ad retract his statement or we shall take him on as permitted by our tradition and accepted by law,” he reiterated.

NEWS-ONE could not reach Pope Skinny on phone to get a response from him, and he neither picked his calls nor responded to a text message sent to his phone.

However, the paper visited Pope Skinny's Facebook wall and realised that on January 13, the musician had posted a comment on the subject and what he wrote was far from an apology.

Considering the growing wrath of the members of Mamprugu Youth Association, NEWS-ONE took an editorial decision not to republish the exact words of Pope Skinny's January 13 post on Facebook.