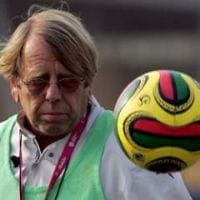 Player fatigue could be Claude Le Roy’s biggest headache as he prepares his team to face Togo in the second leg of the African Nations Championship (CHAN) slated for the Ohene Djan Stadium on Saturday. Most of Le Roy’s men who would be hoping to maintain their dominance on the Togolese have played not less than twice in seven days and the French believes Ghana could be under the weather. He told GNA Sports “I don’t know what to say about our chances because most of these players played on Sunday, Monday and Wednesday and you can be sure they are very tired.” Le Roy’s team is drawn around players from Asante Kotoko, Ashantigold, and Kpando Heart of Lions with all of them being key members of their various clubs in their games from last weekend. Ghana won the first leg 2-0 and requires at least a draw to progress to the next stage of the qualifiers for the competition pieced together by the Confederation of African Football (CAF) for locally-based players. Already, the team could be without top striker Eric Bekoe who picked a waist injury during a midweek game on Wednesday. The Frenchman is only hoping his charges would hold their nerves and give him a befitting farewell game on Saturday. Le Roy said he would not risk the striker despite his thirst to end his exploits with Ghana on the high. The game will be the coach’s final after mutually abrogating his contract with the Ghana Football Association (GFA) last week.