Ghana In No Rush For New Coach 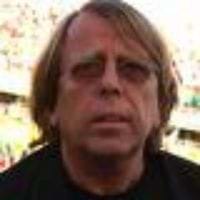 The Ghana Football Association (GFA) wants to find the right man to be the new Black Stars coach rather than rushing to appoint someone for June's 2010 World Cup qualifiers. The Black Stars are looking for a new coach after Frenchman Claude LeRoy decided not to extend his contract with them. His last game will be against Togo this Saturday in the second leg of their African Nations Championship tie, which Ghana lead 2-0 from the first leg. "We are hoping we will be able to a new coach before the game against Libya but if we can't then I guess the assistant [Akwesi Appiah] is currently in charge of the team," GFA spokesman Randy Abbey told BBC Sport. "We are still going through a list of potential coaches, while we are aware of the Black Stars' programme, we don't want to take a decision in a rush. "There are other options that we will look at when it becomes clear that we can't get a substantive coach in place for the qualifiers." Meanwhile the GFA President Kwesi Nyantakyi says that they are not necessarily looking for a foreign coach. "We're looking for a competent coach whether Ghanaian, African or a foreigner we don't mind," he said. "The only thing we are looking at is the competence of the candidate and not his colour or origin or where he is coming from." Abbey also clarified that the GFA are happy to let physical trainer Herve Renard leave to become the new Zambia coach if he buys out the remainder of his Ghana contract. "We don't have any issues with the Zambia federation, this is purely a contractual issue between the physical trainer [Renard] and the GFA," Abbey said. "The president of the GFA [Kwesi Nyantakyi] has made it clear to the Zambia FA that the coach has a contract with us until July. "We will not stand in his way if he wants to leave now he will have to buy himself out of his contract."