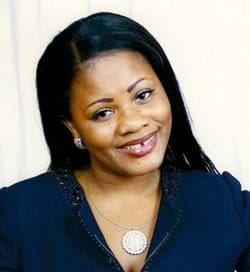 Ace gospel artiste, Kwaku Gyasi says he is stunned at the collapse of the marriage between his colleague Christiana Love and her husband, Pastor Hammond Love. Kwaku Gyasi, who is a close friend to the couple, told Adom News, that he never suspected the extent to which his friends’ marriage had deteriorated when he was recording an album, scheduled to be released by Christmas, with Christiana Love. He decried the media interviews which the two agreed to do and appealed to them to ‘cease fire’ and attempt to resolve their problems for the sake of their children. Though he acknowledged that he is a little ‘immature’ in marriage compared to Christie and her husband, he believes their challenges have been as a result of an attack of the devil and his demons who are constantly working against the children of God who use music to spread the gospel. He however cautioned that gospel artistes are not perfect and society should not demand perfection from them; adding that their challenges have mainly been as a result of fame, balancing spiritual and secular activities and the type of close association that one keeps. Kwaku Gyasi also said he fears that the divorce scandal may affect the success of their upcoming album. Meanwhile Gifty Osei who Christiana Love mentioned as having met Nana Yaw, Christie's supposed boyfriend has also denied knowledge of a relationship between her colleague and the man. Mrs. Osei admitted that she met Nana Yaw in Germany while on tour in Germany and was introduced as her manager and nothing else. Piesie Esther, another gospel artiste who recently married and delivered her first child also expressed her sadness at the turn of events but blamed the devil for attacking the marriage of the gospel singer. She promised to pray for the couple to remember to reconcile.