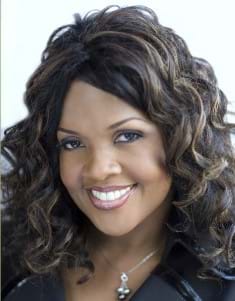 Celebrated American gospel singer, CeCe Winans, will be the headline act for this year's Adom Praiz concert being organised by Adom FM at the Dome, Accra International Conference Centre, on August 7. Adom Praiz is an annual music event put together by the Tema-based radio station to thank God for the mercies and kindness He continues to shower on the outfit. The station's Events and Promotions Manager, Ricky Anokye, told Showbiz that apart from taking the opportunity to honour God for His faithfulness towards the station, Adom Praiz is also an outlet for many others who have also been blessed in other ways to turn up and rejoice with them. Also on the bill for Adom Praiz are K waku Gyasi, Ernest Opoku, Florence Obinim, Soul Winners, No Tribe, Tagoe Sisters, DSP Kofi Sarpong, Gifty Osei and Bernice Offei. The multiple award-winning Cece Winans comes from a family of musicians and has recorded several hit albums. They include Alone in His Presence (1995) Everlasting Love (1998), Alabaster Box (1999), CeCe Winans (2001), Throne Room (2003), Purified (2005) and Thy Kingdom Come (2008). She is also the author' of three books. CeCe's coming follows earlier concerts here over the last few years by other internationally-acclaimed gospel stars like Andrae Crouch, Don Moe, Donny McClurkin, Ron Kenoly and Kirk Franklin. Some of those artistes publicly expressed their admiration of the dynamic performances by Ghanaian acts after hearing them on stage. It is expected that CeCe, apart from wowing audiences here with her style, would also get the chance to experience gospel music as spiritedly expressed by our own artistes. . Sponsors of this year's Adom Praiz are Zain, Regency Alliance Insurance, PHC Motors, Perga Transport, Meridian Pre-University, Elite Kingdom, Royal Mirage Hotel, Pan-African Trade Fair, Nixan Cables Ghana, Borges Olive Oil and SSNIT.