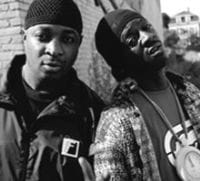 Let the debates begin: VH1 has compiled its list of the 100 greatest hip-hop songs, and Public Enemy's black power anthem "Fight the Power" tops the list. The cable channel will count down its list in series of shows starting Monday. At No. 2 is the Sugar Hill Gang's groundbreaking song, "Rapper's Delight," followed by Dr. Dre's "Nuthin but a 'G' Thang" at No. 3. Run-D.M.C.'s "Walk This Way" with Aerosmith and Grandmaster Flash & the Furious Five's "The Message" round out the top five. Salt 'N Pepa was the only female act in the top 10, with their early hit "Push It." Two of rap's biggest names — Jay-Z and Eminem — didn't make the top 10, though they are in the top 20. Other acts on the list include the Notorious B.I.G., Tupac, Snoop Dogg, Biz Markie, Black Sheep and J.J. Fad. The list comes as VH1 prepares to honor the pioneers in rap once again as part of its annual Hip-Hop Honors show, which this year celebrates Slick Rick, De La Soul, Cypress Hill, Naughty by Nature and Too Short. That show airs Oct. 6.