Becca Set To Release With 2Face 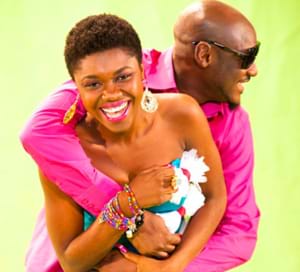 Sensational Ghanaian female Afro-pop artiste, Rebecca Acheampong aka Becca, is set to release another hit music video with the Nigerian R'n'B star 2 Face, later this year. The single comes after the release of another hit music video, ‘Push’, featuring Trigmatic and King Ayisoba. The video serves as a prelude to Becca’s second album which is expected to be out later this year. Becca, whose live band musical performances and music videos have won the hearts of many music fans in Ghana, told Beatwaves that she believed in doing something extraordinary to satisfy her fans. The yet-to-be released music video for ‘Bad Man Bad Girl’, which was shot in Accra and some parts of the country, has Becca taking on a completely new personality. The video, which features popular Nigerian hiphop music icon, 2Face Idibia, is the fourth video from Becca’s highly anticipated album, ‘Naked I Am’. The music video, according to Kiki Banson, Becca’s manager, was carefully packaged not only for the local market and African continent, but for the entire world at large. The afro-pop artiste launched her musical career in Ghana in November 2007 with her maiden album ‘Sugar’. ‘Sugar’, which has the hit song ‘You Lied To Me’, was once adjudged Record of the Year. ‘You Lied to Me’, which featured Kwabena Kwabena, also earned Becca four other nominations some years back. Becca also featured Hugh Masekela, a great musician from South Africa, on her track ‘I love you’. After the release of ‘Sugar’, Becca has already put out four singles meant for her new album- the very popular ‘Daa Ke Daa’, ‘Eti Sen’, ‘African Woman’ and ‘Push’.