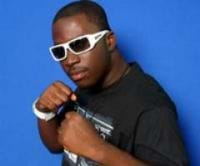 In an era when the Ghanaian music scene has been crying out for a flamboyant artiste with the talent and personality to keep tongues wagging and scores of crowds entertained; enter A.S.E.M. Nana Wiafe Asante Mensah – otherwise known as A.S.E.M. – is a star in the making whose music is catching on fast in the urban section of the country. A.S.E.M. is the youngest of five boys and it was while sneaking into his family’s boys’ quarters to bond with his much older brothers as they listened to hip-hop music that he developed a strong passion for music. It was in those surroundings that his desire to grow up to be a master entertainer and lyricist soared to its apogee. This is one of the reasons why one of the first things you notice when listening to his songs is his ability to put together mind boggling lyrics laced with humourous punch lines and grasping metaphors. Despite picking up the love for music at an early age, it was in St. Peter’s Senior Secondary School that he nurtured his talent. He found himself in an environment filled with people who shared in his dream to be a star in the entertainment industry, specifically by engaging themselves in the genres of hip-life and hip-hop. Together with these promising rappers he formed a group which they tagged the ‘Frontliners.’ On leaving secondary school the members planned to record an album but these plans fell through once they went their separate ways to further their education. Due to his resilience and will to succeed in show business A.S.E.M. kept at it, attempting to build a successful career while sticking with his plan of entering an institution of higher learning that is, the Ghana Institute of Journalism. With the help of Richie, who was then scouting for talent to add to the music empire he was trying to build, A.S.E.M. rediscovered himself and turned out a whole new style as the newest and hottest artiste with Lynx Entertainment. In working with Richie, who is a singer, producer, sound engineer and C.E.O. of Lynx Entertainment, A.S.E.M. has evolved – creating his own brand of Ghanaian music and in the process carved a niche for himself as an artiste who comes up the pleasantly unexpected. The talented son of Kwawu Atibie in the Eastern Region of Ghana aims to reach beyond the shores of the African continent with his unique style of music. His inspiration comes from his admiration for artistes such as K.K. Kabobo, Reggie Rockstone, Kris Kross and Ludacris and it is the versatile mix of creativity and flexibility provided by these artistes that gives A.S.E.M. his unique approach to music. So as he drops his first album after having already teased Ghanaians with songs such as Give Me Blow and Pigaro, the obvious prediction is sooner rather than later this talented young man will have the whole world saying to his tempo A-S-E-M.