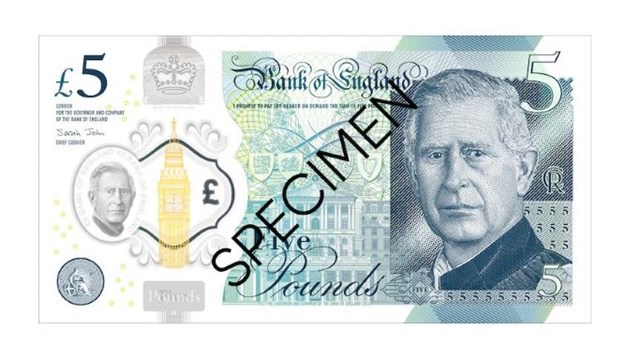 The Bank of England (BoE) has unveiled its first banknotes featuring King Charles III, which will enter into circulation from the middle of 2024.

The new notes will gradually replace those featuring his mother, Queen Elizabeth II.

Charles III became king in September following the Queen's death after 70 years on the throne.

The new five, 10, 20 and 50 pound polymer banknotes feature a portrait of the King on the front, as well as a cameo of him in the banknotes' see-through security window.

They are otherwise unchanged from their current designs.

"This is a significant moment, as the King is only the second monarch to feature on our banknotes," BoE governor Andrew Bailey said in a statement. 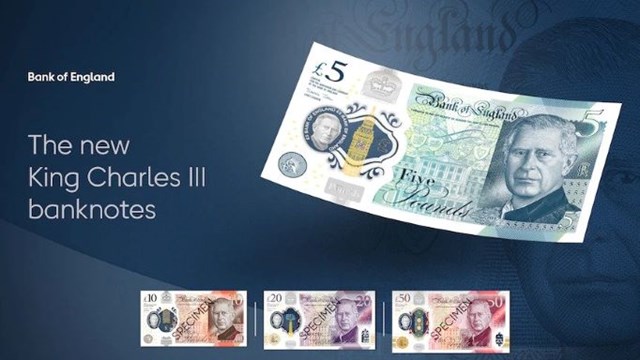 The Queen first appeared on BoE banknotes in 1960. However British coins have long featured images of the country's rulers.

The bank does not intend to withdraw banknotes featuring Queen Elizabeth II until they are worn out, so the two types of notes will be in circulation for some years. 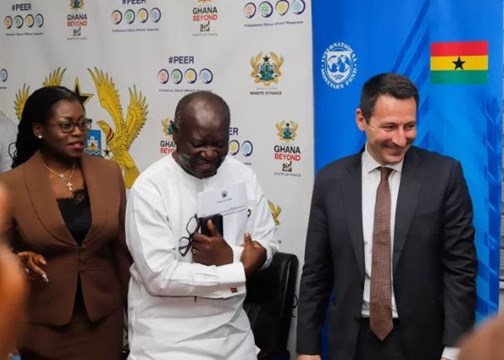 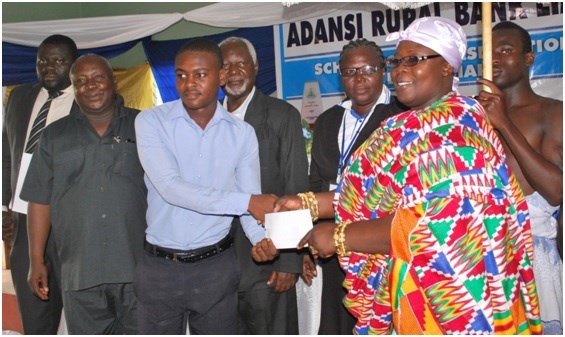