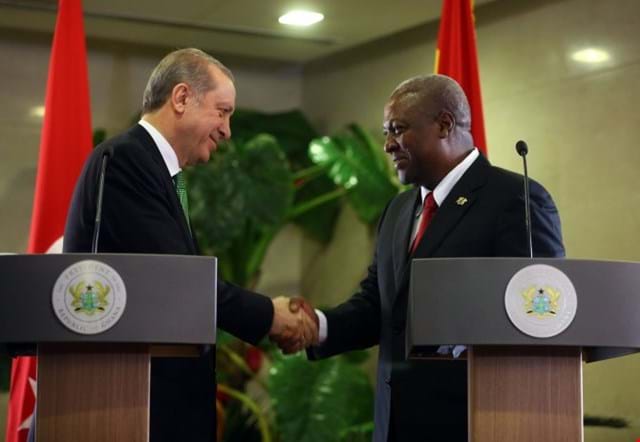 President John Dramani Mahama has indicated that Ghana stands in solidarity with Turkey in the fight against terrorism.

The Euro-Asian country has recently been a target of terrorist, having suffered attacks in key cities Istanbul and Ankara.

Most of the attacks are said to be masterminded by the Islamic State terrorist group based in neighbouring Syria.

“We stand in solidarity with Turkey on the issue of terrorism and the situation in Syria,” he said.

“We believe that Turkey has a very crucial role to play in bringing peace to Syria.”

Ghana and Turkey signed a number of agreements as part of the two-day official state visit by President Erdogan.