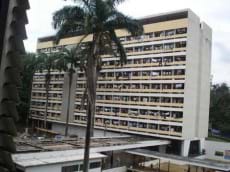 Public universities in the country could be heading for a possible shut down, as the week old strike action by the University Teachers’ Association of Ghana (UTAG) is not likely to end anytime soon. The members of the association have intensified their request for increased salary, and the payment of arrears running into several thousands of Ghana cedis, and would not return to the classrooms until their demands were met. Information gathered by ‘Chronicle on Saturday’ indicated that the members had been charged not to succumb to any pressure from any quarter, until their needs are met by the government. State-owned universities’ lecturers laid down their tools last Friday, in agitation for salary increase, while demanding the payment of salary arrears. This development has brought untold pressure on university students in the country, because, they have been practically abandoned by their lecturers, who are currently fighting for ‘a worthy cause’. Visits to some of the university campuses saw the students making do with the vacuum created by the lecturers, while others remained stranded. Meanwhile, the President of the Kwame Nkrumah university of Science and Technology (KNUST) branch of UTAG, Dr. Ohene Yankyera, has said members of the association would remain resolute until all monies owed them were duly paid. Dr. Yankyera said the National President of UTAG, at a meeting with stakeholders, showed letters to the association members, which invited them to meet with the vice chancellors of universities in the country, Labour, and the Fair Wages and Salaries Commission. Signals were that UTAG had drawn pans to meet the Fair Wages Commission yesterday to discuss their placement on the Single Spine Salary Structure (SSSS). Quite recently, a Labour Consultant, Mr. Austin Gamey, described members of UTAG as being ignorant of the new Labour Act governing labour disputes, and condemned the strike action. He argued that considering the situation at hand, the association ought to have engaged the National Labour Commission (NLC) in discussions, before going on what he said was an ‘illegal strike’. Mr. Gamey was reported in the media as saying that the Labour Commission was the recognized body authorized to deal with and settle labour issues, so it would be appropriate for UTAG to go back to the Commission, and negotiate with it. Mr. Gamey, who was addressing the issue of the increase in strikes in the country, said UTAG members were being selfish by embarking on the strike, because they did not follow the due process.He said the fact that somebody holds a Doctorate (Ph. D) degree, does not mean that the person knows it all. Mr. Gamey’s comment was in response to the outbursts of the President of the Cape Coast branch of UTAG, Dr. Eric Wilmot, who claimed that the Labour Commission was under the control of t he government, because it was established by government.Dr. Wilmot was himself reacting to the Deputy Minister of Education, Dr. J.S Annan’s comments that the UTAG strike was illegal, because it had not been sanctioned by the NLC, ad proceeded to call Dr. Annan Names. Mr. Gamey refuted the allegation that the Labour Commission was not an autonomous body, explaining that the Commission was a very strong body that plays a crucial role in the country, so it was improper for anybody to assume that it is influenced by anybody. In a sharp rebuttal, Dr. Wilmot said the Labour Commission and government had failed to respond to the lecturers’ grievances over the non-payment of their salaries over the last 10 months. He insisted that NLC had not been very honest in its response to their issues, adding that enough time was given to the Commission to address their concerns, before the decision to embark on the strike action.