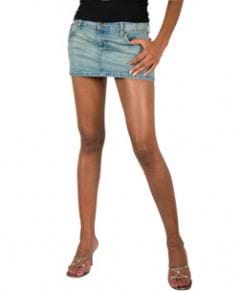 Mark Owusu Kodie, a 17- year-old Junior High School (JHS) pupil and Kwasi Addae, a youth leader at Asubone Rail near Nkawkaw, were on Thursday arrested and placed in cell by the police. The arrest followed a threatening letter to strip three female teachers of the Catholic and Islamic JHS naked in public. A police source told the GNA that pupils in the two schools had complained about the indecent dressing of the female teachers in the two schools. Kodie therefore contracted Addae to write a letter to Mr Isaac Frempong, Headteacher of the Catholic JHS, threatening that the pupils would strip the female teachers naked in public if they would not reform. The letter stated that miniskirts and short dresses being won by the three teachers were a source of worry to the pupils. It complained that the teachers found it difficult to bend down to pick a chalk or a pen when teaching in the classroom and urged the Headteacher to advise them to change their way of dressing. When the Headteacher was contacted, he said he reported the case to the police because of the threat. The Member of Parliament for Nkawkaw, Mr Seth Adjei-Baah, later intervened in the case and the two were released. Mr Adjei-Baah advised the school children to channel all their grievances through the appropriate quarters for redress and urged Ghanaians to maintain the country’s culture and wear decent clothing. Basic School teachers in the community had earlier decided to boycott classes due to the threatening letter but the Kwahu West Municipal Director of Education, Mr Noah Dwamena, advised them to rescind their decision.