Ghana Parliament has ratified an agreement between the governments of Ghana and Germany on reciprocal protection of investments. This followed a motion moved by the Minister for Parliamentary Affairs, Mr.. J.H. Owusu-Acheampong. Under the agreement, each country shall promote as far as possible, investment by nationals or companies of the other counterpart party and admit such investments in accordance with its laws. There is a provision for guarantees against the expropriation of investments, except for a public purpose that is related to the contraction party's internal needs. End

University Of Science And Technology Mini Book Fair Opens The first ever mini Book Fair organised by the Kwame Nkrumah University of Science and Technology has opened in Kumasi. Sixteen local and foreign publishers are taking part in the five day fair which has the theme: "Books, Vital Tools For Advancement Into The 21st Century." On display are modern books for tertiary institutions on Mathematics, the Sciences, Engineering, Medicine and Pharmacy. Books for first and second cycle institutions are also on display. Opening the Fair, The Ashanti Regional Director of Education, Mr.. T.A. Boateng, called on Ghanaian authors and publishing firms to take concrete measures to address the book famine in the country. He noted that most books in school and public libraries are old and out of use while the prices of modern ones with foreign authors are prohibitive. Mr.. Boateng appealed to the Ghana Book Trust to arrange with the foreign missions and embassies to buy relevant books from overseas publishers at affordable prices. The Pro Vice Chancellor of the University, Professor K.A. Tua, charged officials of the University Bookshop to take advantage of the Book Fair to re-stock the Book shop. The Chairman of the University Library Committee, Nana Dr.. Baah Boakye, said future book fairs will seek to address the problem of getting Ghanaian authors to write books to meet local needs. End 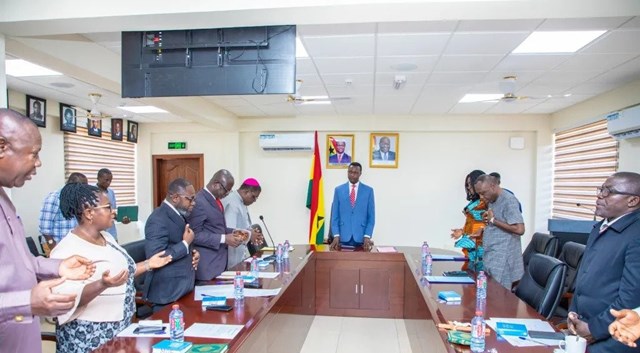