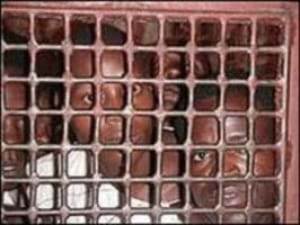 
Following the excellent performance of inmates of Nsawam at this year’s prisons Basic Education Certificate Examination, (BECE), the prison has been designated and approved by the West African Examination Council as an Examination Centre for WAEC courses. The first batch of Junior High School students who wrote the BECE in April while serving various sentences graduated with a 100 per cent pass. The 12 convicted prisoners aged between 20 and 58, made up of seven males and five females, passed with aggregates ranging from 11 to 22. However, the introduction of the BECE and West African Senior Certificate Examination (WASSCE) courses in the prison has come with some challenges since the inmates ought to write the examination outside the confines of the prison. Deputy Director of Prisons in-charge of Nsawam Prison, Chris Larvie, who disclosed this to the “Times”, said WAEC decided to make the Nsawam Prisons a centre because of the security challenges in escorting inmates to the Nsawam town to write the examinations. He said the measure was also meant to reduce stigmatization of the inmates since they will be writing the examinations with other candidates. Mr Larvie said since the officers cannot be in the examination room with the inmates they restrict themselves to the entrance of the hall to observe closely their charges. He said this distracts the other candidates while the inmates become the focus of attention. Mr Larvie said to forestall such situations, WAEC decided to make the Prison an Examination Centre so that during examinations, only the invigilators will be there to supervise the inmates while they write their exams. He said plans are far advanced by the Prison Service to transfer other inmates from the various prisons to Nsawam to write the exams after which they will be taken back. The prison education programme was mooted in 2007, and got underway in 2008 under the sponsorship of the United Nations Development Programme and the Presidential Initiative on Distance Learning. The first batch of 12 Junior High School wrote their BECE exams in April, this year”. Mr Larvic said the current JHS has enrolled 40 of the inmates while the 20, who are in the Senior High School, are expected to write their exams this year.