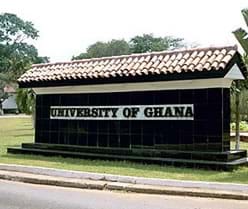 Accra, Oct, 9, GNA - A nine-member high-powered Committee, has been set up to review the operations of the University of Ghana (UG) with the view to enhance effectiveness in the academic and administrative work of the school. Professor Ernest Aryeetey, Vice Chancellor of UG said the review was necessitated by increasing concern among the university community that a number of aspects of its governance structures had not been very functional to facilitate the smooth operation of the various units of the academic facility. This was contained in a statement issued by the university and copied to the Ghana News Agency in Accra on Friday. The statement said Prof Aryeetey signed a memorandum, which named Prof E. Nii Ashie Kotey of the Faculty of Law as Chairman of the committee. “There are concerns that relationships among the different units are sometimes managed with considerable ambiguity and inconsistency,” the memorandum stated. It cited anomalies in the operation of various colleges, which have been affected by unclear lines of authority and responsibility with the university. “Interestingly, it is still unclear where research centres are placed in the order of things, illustrated by the fact that they do not even have a voice at Academic Board meetings. “There is sometimes tension in teaching departments over resource allocation in view of ambiguous authority structures, which tend to lead to informalisation of relationships and decision-making, as well as an apparent lack of transparency.” The main tasks assigned to the committee include a review of the functionality of the current structure of university governance, and the relationship between colleges of the university and the central administration. In addition, the committee is to review the relationships between the component units of the colleges and the college administration, as well as the effectiveness of recently created directorates of the central administration. The Vice Chancellor emphasised that in spite of several reforms introduced in the last decade, including implementation of the Visitation Panel’s report and a recent Act of Parliament defining in principle the relationship between the State and the UG, there are still many challenges yet to be addressed. Prof Aryeetey said it was based on these observations and the strong need to make all units very functional, effective and efficient that he found it necessary to put together an ad hoc University of Ghana Governance Review Committee to advise on how best to overcome the remaining challenges after the recent reforms. Other members of the Committee include Prof S.N Woode, Chairman of Ghana’s Public Services Commission, Mr Ebow Daniel, former Registrar, UG, Mr Paul Effah, former Executive Secretary, National Council on Tertiary Education, and Prof Nii Noi Dowuona, Head, Department of Soil Science. The rest are Dr Dan Ofori, Head, Organisation and Human Resources Management, UG Business School, Prof Esther Sakyi-Dawson, Department of Food Science and Nutrition, Ms Abena Oduro, Vice Dean, Faculty of Social Studies, and Mr Augustine Andoh, Office of the Vice Chancellor (Secretary).