Headmistress of the Akropong School for the Blind, Ms Mahela Narh, last week broke down in tears as she narrated the pathetic story of the neglected school. ...

23 Nov 2011
Share This
Article:
Font size:
Write a Comment Report
Print
Headmistress of the Akropong School for the Blind, Ms Mahela Narh, last week broke down in tears as she narrated the pathetic story of the neglected school. This was at an Open Day and fund raising durbar of the school which was attended by dignitaries, parents and students. "If we have a real God that we serve then why should these troubles and challenges confront these little ones," she lamented. Ms. Narh's statement put the gathering in a state of mourning as some of the students, teachers and parents who attended the durbar became equally sorrowful. The dignitaries included, Rev. Dr.Joyce Aryee who chaired the programme, Rev. Dr. Samuel Aryeetey Nyampong, Chairman of the Akwapim Presbytery of the Presbyterian Church, Osahene Offie KwasiAgyeman IV, Board Chairman of the School, Mr. Ofori Debrah, President of the Ghana Society for the Blind, Dr.Akyem Apea-Kubi, Eastern Regional Minister, Mr.Antwi Boasiako, Deputy Minister for Social Welfare and Employment and the Minister for Education, Mrs. Betty Mould Iddrisu, DCE for Akwapim North, Mr. George Opare Addo and some old students. According to Ms. Narh, people with disabilities are sometimes not given the due respect, support and care and at certain times treated cruelly by the society. "Parents sometimes dump their children in the school without any sympathy," she stated, noting sadly that many families and communities often refuse to accept people with disability and go as far as putting them in institutions with no proper care and support for them whilst other families brand them as people with bad luck or witches. Ms. Narh said the school, which was established about 66 years ago with only four children, is currently a home to over 300 pupils but lacks classrooms and dormitories. She added that the school is being used as a thorough fare for residents who share boundary with them while others encroached on their land. The headmistress appealed to philanthropists to assist the school so to provide suitable training for the children. The Eastern Regional Minister, Dr. Akyern Apea-Kubi, appealed to the public to give all the necessary respect and assistance to people living with disabilities because "disability is not inability and what the able can do, the disabled can do and even do it better sometimes". He commended the founders for their vision to educate the visually impaired in society because information reaching him Indicated that the school had produced over 100 university graduates of whom 14 are Masters degree holders, 102 are Post Secondary Teachers, one specialist; two diploma teachers, eight typists and stenographers, seven social workers, one Principal Administrative Assistant and 498 instructors. The Regional Coordinating Council in collaboration with the Akwapim North District Assembly donated GH¢1,OOO.00 whilst the Deputy Minister for Employment and Social Welfare, Mr. Antwi Boasiako, also pledged a set of musical instruments to the school band. The programme was sponsored by the Ghana International Bank who also donated a set of musical instruments to the school.
Tags :
Science Technology Business Lifestyle 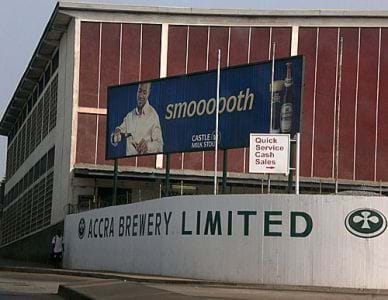