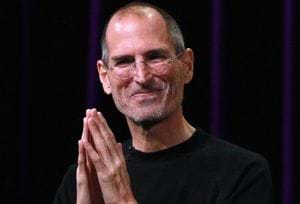 
Steve Jobs last night put the company he founded 35 years ago under new management, submitting his resignation as chief executive of Apple and finally succumbing to the health problems which have dogged him for years. Although he will keep the title of chairman, and stay involved as an adviser to the company, he handed day-to-day decision-making control to his deputy, Tim Cook. And in a short and emotional resignation letter, sent to the board yesterday and published to "the Apple community" last night, Mr Jobs left no room for hope that he will resume his former duties. "I have always said if there ever came a day when I could no longer meet my duties and expectations as Apple's chief executive officer, I would be the first to let you know," he wrote. "Unfortunately, that day has come." The resignation robs the technology world of one of its foremost innovators, visionaries and showmen, and casts Apple itself into an uncertain future. So closely are its products associated with Mr Jobs that trading in Apple shares has swung wildly for years in response to each new rumour about his health.