New GH¢5 Denomination To Be In Circulation From March 4 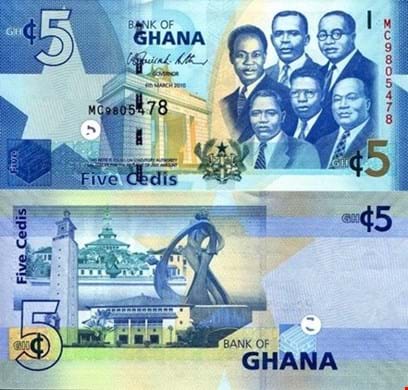 The Bank of Ghana (BoG) is planning to put into circulation the new GHC5 notes from March 4.

The notes which are being issued in line with the BoG’s 60th Anniversary will circulate alongside the current notes in the system. The GH¢5 cedi denomination will be a legal tender as well as a collector's item.

The note will have additional security features, that are sensitive to touch to aid the blind and visually challenged in identifying the new notes.The climax of the celebration will take place in August this year, which would mark 60 years since the Bank opened its doors to the public.

However, the Central Bank has refuted reports about the Bank issuing new denominations of GH¢30, GH¢100, and GH¢200 as false.