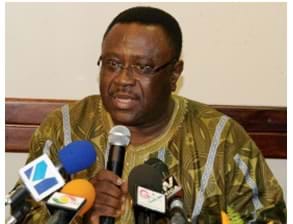 
The Ghana Investment Promotion Council recorded a little over four hundred million Ghana cedis worth of investment for the third quarter of 2010 alone, an increase of 7.08% over the corresponding period in 2009. Announcing this at a press conference Thursday, George Aboagye, Chief Executive Officer of the council, said during the period, 97 new projects were registered, which is an increase of 19.75 percent compared to 81 registered projects in the corresponding quarter of 2009. 70 of these were wholly owned foreign companies with an estimated value of Gh¢ 355 million, making up 88.71%. The rest were joint ventures with an estimated value of Gh¢45 million, accounting for 11.29%. In the same period last year, 50 wholly foreign owned and 31 joint ventures were registered. In the second quarter of 2010, 67 wholly foreign owned and 38 joint ventures worth Gh¢ 907m were registered. Speaking to Citi Business, Mr Aboagye said the increased investment is a reflection of the country’s markedly improved economic climate, encapsulated in the reduced inflation rates, interest rates, and better performance from the institutions charged with developing investment. “These are better times and I hope what we are seeing is the beginning of what is going to be a norm.”