Cedi At Risk Of Sharp Fall

The cedi could incur losses of between 8-9 percent against the dollar this year, with the risk of further decline if spending pressures are not kept in check ah... 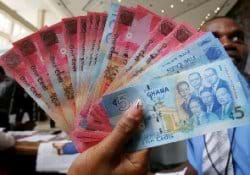 Share This
Article:
Font size:
Write a Comment Report
Print
The cedi could incur losses of between 8-9 percent against the dollar this year, with the risk of further decline if spending pressures are not kept in check ahead of elections, according to a forecast by Yaw Adu-Koranteng, a currency analyst at investment-advisory firm Gold Coast Securities. Rising import activities and improvements in outlook for the US economy present downside risks to the cedi-dollar exchange rates but the outcome could be worsened if investors become edgy over uncertainties during the elections, he said. A number of high-volume dealers have reported sharp falls against the dollar in January, but central bank data showed an average depreciation of 0.33 percent since the start of the year to Thursday Jan 12. “This is consistent with what happened last year. There’s a lot of demand by foreign companies and importers around this time,” Adu-Koranteng said. The local currency has however been rising against the euro and the pound due to the crisis in Europe, he said, citing gains of 1.44 percent and 0.48 percent respectively. Though the cedi traded weakly in the third and fourth quarters of last year, the impact on inflation was lower than analysts’ expectations due to the balancing effect of a stable domestic outlook anchored by steady food-price inflation. December inflation increased slightly to 8.58 percent from 8.55 percent in November as economic activity picked up in the holiday season, the Ghana Statistical Service (GSS) announced on Wednesday. The Bank of Ghana had targetted an end-year rate of 9 percent. The current figure, the highest since June 2011, is without the impact of recent hikes in retail pump prices, which the GSS said came too late for consideration in the December reading. “We went to the markets in the first and third weeks of December, before the (fuel-price) increases were announced. So we expect the effects to be reflected in January,” said Government Statistician Dr. Grace Bediako. But she added it’s not certain that the effects will lead to higher inflation in January or the coming months, and that much will depend on the behaviour of other prices. Hikes of between 15 and 30 percent in petrol, diesel and gas prices were announced on December 29, 2011 following the government’s decision to end subsidies that had become more expensive with the falling cedi and rising international price of oil. Food price inflation dropped to 4.27 percent in December from 4.41 percent in November, partly offsetting an increase in non-food inflation from 11.08 percent to 11.21 percent. Fruits, vegetables, proteins, drinks and oils registered inflation below average for the food group of the consumer basket. Recreation costs, alcohol, clothing and footwear prices were among the highest movers on month-on-month basis in the non-food group. The average annual inflation rate recorded for the year was 8.73 percent, not far from the central bank’s target of 8.7 percent. So far, inflation outcomes and expectations have remained within the bank’s comfort zone: its monetary-policy committee has not hiked the policy lending rate in more than two years. The bank is targetting end-year inflation of 8.5 percent and average annual inflation of 8.7 percent in 2012, with a GDP growth forecast of 9.4 percent.
Tags :
Science Technology Business Lifestyle 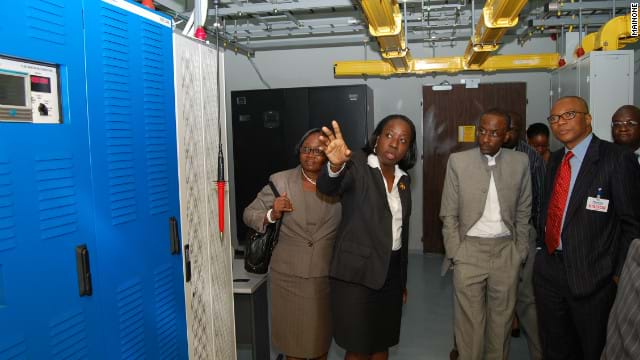