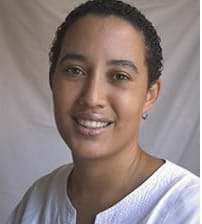 
Busy Internet has been adjudged the Ghana's Best Internet Service Provider (ISP) for the year 2009 at the 21st annual Chartered Institute of Marketing, Ghana (CIMG) held in Accra. This is the second consecutive time the company has won top honours in that category. Mr. Praveen Sadalage, Managing Director of the Company, told journalists in Accra on Thursday September 23, that the Ministry of Communications in the year 2008/2009 selected BusyInternet as the best ISP Company. "However, this is the first time the Chartered Institute of Marketing Ghana, has conferred its top honours in the ISP category on BusyInternet", he said. Mr. Sadalage said: "Over the last nine years, BusyInternet has not only led the internet revolution in Ghana, but is constantly employing innovative ways to bring quality and affordable services to its customers." Mr. Kwasi Nkrumah, Sales and Marketing Manager of BusyInternet, said: "We believe that our performance at the awards is a clear demonstration of BusyInternet's strong commitment to promoting marketing excellence in Ghana." Mr. Nkrumah noted that the company could not have won the award without the support and hard work of its customers and the entire Busy family. "We would like to thank each and every one of the "Busy" family for their continued dedication and commitment to their various roles within the company. "It is only with their ongoing support that BusyInternet is able to achieve continuous improvements in all areas of its operations", he said. BusyInternet is one of the leading ISDs that offer services ranging from broadband internet, wifi hotspots, Data-hosting and storage facilities and network planning.