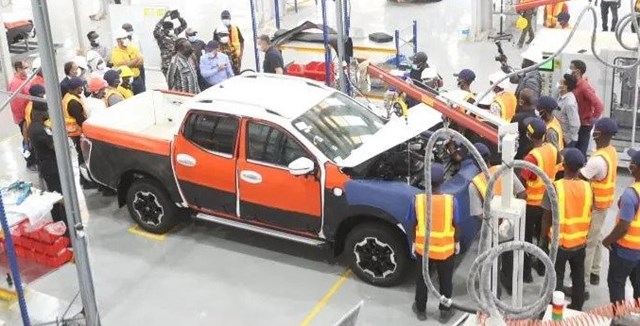 Opened by the president of Ghana H.E Nana Addo Danquah Akufo-Addo in March this year, the state-of-the-art assembly plant which assembles the full range of the all-new built-of-more Nissan Navara pick up, has played host to a veritable who’s of Ghanaian government and business.

Tomorrow, Friday 16 December 2022, the factory is hosting Britain’s Minister of International Development, the Honourable Andrew Mitchell, accompanied by UK’s Trade Envoy to Ghana Baroness Kate Hoey as well as the British High Commissioner to Ghana and a delegation from the Government of Ghana.

The delegation is there to see first-hand, the critical role that Nissan is playing in domestic automotive assembly and to find out more about the Ghana Automotive Development Policy.
“It’s a great honour,” says Japan Motors deputy managing director Mohammed Byrouthy, who was responsible for managing the plant construction project.

“We have had visitors almost every single week since we opened and I think it is testimony of what Nissan and Japan motors have achieved here.”
Nissan Africa managing director Mike Whitfield agrees: “one of the highlights of 2022 was the commissioning of this factory in Ghana and it is wonderful to see the excitement and interest that plant has continued to generate.”

The plant, says Whitfield, is proof of what can be achieved when both parties are absolutely focussed on the end result and testament to the fantastic public-private partnership between the government of Ghana, Japan Motors and Nissan Africa.

“The existence of this plant is tribute to the passion and commitment of Japan Motors investing US$ 9-million, which in itself would not have been possible without the security and certainty offered by the government of Ghana’s progressive automotive industry development policy which was signed into law in record time.

“In 2022, Ghana stands as a benchmark for the African automotive industry, an example of what can be done when there is a will and a vision.”

The plant has produced more than 500 Navara pick ups since it began production, with plans to ramp up production even more and perhaps even extend the product line in the new year, says Byrouthy.

“Overseeing the planning, construction and now running of this factory, has undoubtedly been the highlight of my career,” he says.

The all new Navara is the toughest vehicle ever designed by Nissan engineers in Japan, specifically designed for the severest road conditions in Africa.

“This vehicle hasn’t just been tropicalised, it has a reinforced chassis, with extra lateral and torsion bars; its suspension is tougher and the roll over angle is the very best in the market. It is one of the safest vehicles in its class and exceeds the safety standards in all international markets in which it is sold,” says Hide Kuwayama, Nissan’s Independent Markets Africa director for Sales.

“The Nissan Navara that is produced in Ghana, is precisely the same as the one manufactured in Rosslyn, South Africa. It is safe and technologically advanced bearing a suite of Nissan Intelligent Mobility features that enhance the driving experience like hill descent control, electronic brakeforce distribution, vehicle dynamic control, front and rear SRS airbags, a reversing camera and parking sensors, among so much more.

“When you buy a Nissan Navara from Japan Motors, you are buying more than a phenomenal vehicle, you’re buying peace of mind in every regard – and that’s priceless,” says Harriet Esi Mensah – Marketing Manager, Japan Motors. 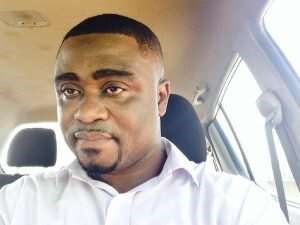 Prev article Applications for GHS1bn loan will be scrutinized, it’s not automatic 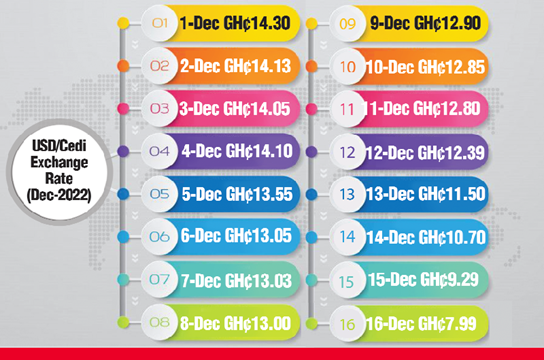 Next article Cedi regains over 61% of value