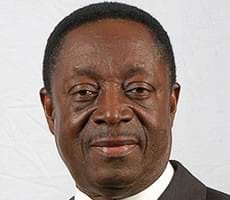 The much awaited debate on the 2012 Budget statement has begun in earnest with the Minority in Parliament accusing the Finance Minister Dr. Kwabena Duffuor of breaching the constitution. Led by the Minority Spokesperson on Finance, Dr. Anthony Akoto Osei, the Minority chided the Finance Minister for exceeding total expenditure approved by Parliament. He also berated the Minister for not complying with the Petroleum Revenue Management Law. Joy News’ Parliamentary Correspondent Sammy Darko reported that the accusations were vehemently dismissed by the minister. He argued that exceeding total expenditure approved by Parliament was not an entirely new phenomenon. The Minister, he said, referred to previous Budget statements in which the NPP also exceeded its expenditure approved by the Parliament and eventually brought a supplementary Budget. According to Sammy Darko, the banter lasted for several minutes leaving the Speaker little choice but to ask the two to go outside and settle it for the debate to continue. The debate as expected was partisan in nature with James Avedzi, Chairman of the Finance Committee in Parliament declaring the 2012 Budget as the best ever in the country’s history. He touted stable macro economic indices capped by single digit inflation. He said for the first time the country has attained all the four convergence criteria for Ghana to be part of the Eco. He was also gratified with the tax regime in the country, saying, it does not in anyway overburden the poor but rather rope in others who have continually evaded the payment of taxes. But the Minority led by Anthony Akoto Osei was emphatic in describing the budget as a litany of failed promises. He also stated that the budget is pregnant with distortions of facts, citing different figures provided by the Finance Minister on the total amount of revenue accrued from the sale of the crude oil. According to Minority spokesperson on Finance, the figures provided by the Minister on the floor of Parliament and the one he caused to be published in Daily Graphic showed a whopping 14 million dollars unaccounted for. He said the minister must be more transparent in his dealings on the petroleum revenue.