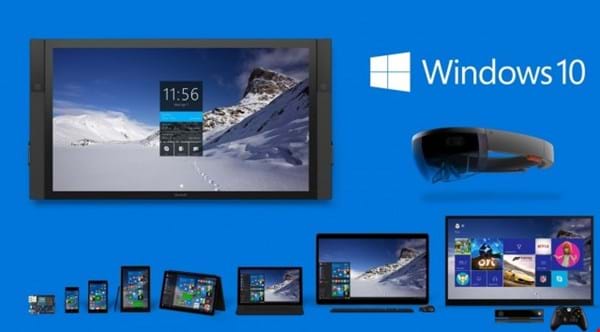 Microsoft’s Windows 10 rollout drove adoption of the new operating system faster than any previous Microsoft launch. But there’s been some question about how many device upgrades the company logged in the last phase of its rollout. Now Microsoft has updated its figures. In July, the company declared 350 million people had upgraded to or were using Windows 10. Now, after the conclusion of its Get Windows 10 campaign, Microsoft declared it has more than 400 million customers using the OS.

This implies that Microsoft got a bit of a bump as people rushed to finalize their upgrades — which makes sense, since I know I held off on the hassle of upgrading until the last possible second. Microsoft defines an active user as someone who has been active on a device within 28 days. Microsoft is expected to get another substantial bump to total Windows 10 usage figures once it rolls that OS out on Xbox One on November 12. Total uptake has been significantly faster than Windows 7, which took an additional seven months to hit the 400 million mark, according to data from VentureBeat.

Microsoft’s aggressive upgrade policies generated considerable controversy of their own, through the use of malware-like nagware and constant updates meant to push consumers towards the latest version of the operating system. One UK consumer group, Which?, has called on Microsoft to compensate customers for lost productivity and associated problems with the Anniversary Update. That update included significant compatibility issues with webcams that even broke Skype — an application that Microsoft owns and ostensibly should’ve tested, if it hadn’t fired most of its QA division in the past few years. Which? claims its own data shows that up to 12% of UK customers it surveyed reverted from Windows 10 back to a previous version of Windows, but these claims have not been validated by additional independent analysis.

Microsoft also announced a new security solution for Microsoft Edge today, Windows Defender Application Guard. The new Application Guard is described as using a hardware-based container (likely relying on TPM) to virtualize applications run within the browser and sandbox them away from other system processes. Enabling this feature within Edge supposedly prevents malware from reaching out of its isolated container to steal data or compromise network security. Any malware resident in memory is wiped when the user exits Microsoft Edge.

Microsoft had previously set a target of one billion devices for Windows 10 by 2018 or so, but admitted in late July that this was no longer possible thanks to the implosion of Windows Phone. With PC sales continuing to fall year-on-year, this was an indication Microsoft doesn’t expect a recovery any time soon — if PCs continued to sell at the 2015 rate of ~288 million per year, we’d expect the company to nearly hit its 1 billion target by 2018, particularly once you factor Xbox One upgrades into the mix.

The free Windows 10 upgrade has been blamed for some of the continued softness in the PC market. The OS even remains available for free if you know where to look — but it’s too early to tell if ending the giveaway will spark any kind of uptick in PC sales. Given the trends of the last five years, there’s not much chance the consumer space has bottomed out yet. Increased sales of boutique gaming systems and 2-in-1s have not been sufficient to offset the general decline in shipments.

Facebook is getting a major redesign, and you can switch to it right now 4