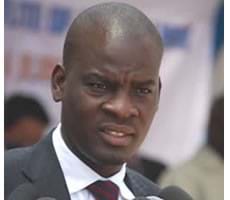 
Government has approved the road map and standards for the migration from analogue to digital broadcasting, Mr Haruna Iddrisu, Minister of Communications announced in Accra on Monday. He said in furtherance of this, the National Digital Broadcasting Migration Implementation Committee (NDBMIC) had been constituted to ensure the smooth migration process from analogue television and radio to terrestrial broadcasting in line with international standards. Mr Iddrisu announced this when the Sector Ministry took its turn at the Meet-the-Press series organised by the Ministry of Information to enable Sector Ministries inform the public on their operations. He said the mandate of the Ministry was to build a people-centred, inclusive and development-oriented information and knowledge society where everyone could create, access, utilize and share information and knowledge to enable individuals and communities to achieve their full potential of promoting sustainable development. Mr Iddrisu said NDBMIC had received biding applications from seven companies who had expressed the interest to participate, which were currently in the process of evaluation. He said for the information and guidance of prospective investors in the field, government had adopted the second generation Digital Video Broadcasting (DVB) standard, for digital terrestrial television in the country. Mr Iddrisu indicated that the DVB-T2 had the advantage to transmit needed flexibility of transmitting high definition (HD), standard definition (SD) and mobile television channels on the same transmission network. He said as had been advertised by the Ministry, the terrestrial television stations, which comprised all the television stations in the country with similar license would migrate their transmissions from analogue to digital platform in accordance with the Geneva 2006 Agreement of International Telecommunications Union. Mr Iddrisu explained that digital broadcasting used frequency more efficiently and produces better quality video and audio than analogue broadcasting and that several television stations could be carried on the same frequency bandwidth. He said to enable the public appreciate the benefits inherent in the migration exercise, the Ministry of Communications in collaboration with the NCA would embark on a vigorous nationwide publicity and communication campaign on the switchover to digital broadcasting. Mr Iddrisu said the public campaign was aimed at covering the entire lifespan of the digital broadcasting migration programme until analogue switch-off by end of 2014. He said the Ministry was collaborating with the Ghana Standards Board and the other relevant institutions to ensure that they were well resourced and mandated to conduct receiver compliance testing for Free-to-air Digital TV receivers after analogue switch-off to conform to the national standards.

Cybercriminals are using Google reCAPTCHA to hide their phishing attacks 737