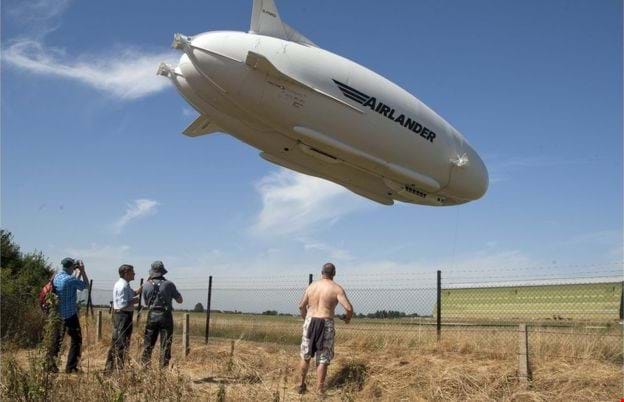 Airlander 10: Longest aircraft damaged during flight Website
The world's longest aircraft - the Airlander 10 - has been damaged after nosediving on landing during its second test flight. The 302ft (92m) long aircraft - which is part plane and part airship - was damaged during the flight from Cardington Airfield in Bedfordshire. The £25m craft sustained damage to its cockpit when it hit the ground at about 11:00 BST. HAV, the developer, said all the crew were "safe and well". A spokesman said: "The flight went really well and the only issue was when it landed." 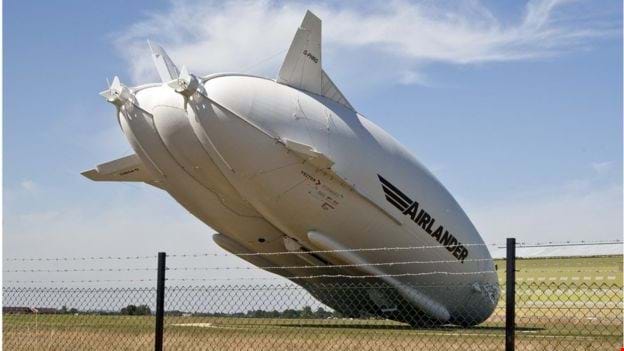 The company has denied claims from a witness that a line hanging down from the vehicle hit a telegraph pole about two fields away from its landing. In a statement, Hybrid Air Vehicles (HAV), said: "The Airlander experienced a heavy landing and the front of the flight deck has sustained some damage which is currently being assessed." The vehicle had just completed its planned 100-minute flight when it nosedived as it came in to land. "Hybrid Air Vehicles runs a robust set of procedures for flight test activities and investigation of issues," the company added. "We will be running through these in the days ahead as we continue the development of the Airlander aircraft." The Air Accidents Investigation Branch has confirmed it is investigating the crash, but said it would not be sending a team to the site. The aircraft had its first test flight from the airfield on 17 August. Christened the Martha Gwyn, it was first developed for the US government as a surveillance aircraft but the project was shelved amid defence cutbacks. HAV launched a campaign to return the Airlander 10 to the skies in May 2015. It claims it could be used for a variety of functions such as surveillance, communications, delivering aid and even passenger travel. It says the huge aircraft will be able to stay airborne for about five days during manned flights. The company hopes to be building 10 Airlanders a year by 2021. 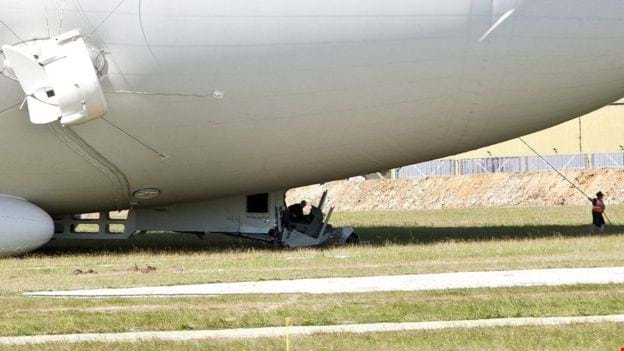