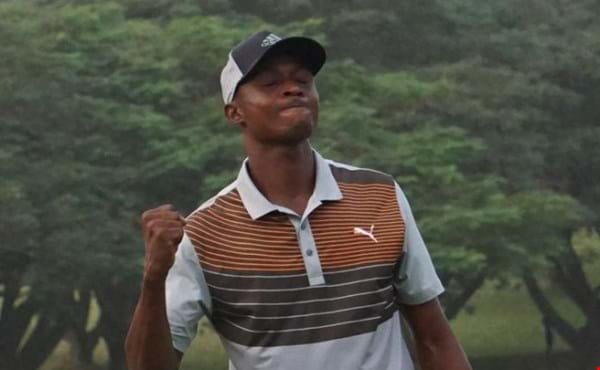 Ghana’s number one golfer, Vincent Torgah, has closed the year 2017, as the winner for West African Golf Tour, held in Nigeria.

Torgah, also closed the year with an impeccable record of 11 out of 15 wins.

He also accumulated three consecutive victories over the past two months, Nigeria @57 in October in Port Harcourt, the Ivory Coast Open few months ago   and the eventual Nigeria Masters in Abuja.

Torgah, who arrived at the Kotoka International Airport from Nigeria, on Sunday, said he started badly in the tournament, but he was eager to win so improved his game later to become victorious.

He said the efforts he put in place was rewarded and can say although he won a lot of tournaments, this year, the recent was the toughest for him as a golfer.

Torgah said upon reaching Abuja, he had doubts because of the caliber of golfers who participated, but he did his best and won his 11th tournament.

The victories he said shows that, Ghana has the potentials and if support golf is given to golf, they will go further and have world champions from Ghana.

Torgah called on the media to do more for golf, because the sport has grown and its part of the top sporting activities in the world.

He said if the media can take it from here, and we will have sponsors having keen interest in golf, it will go far.

Torgah is looking forward to participating in European tours.

"I am going to work hard after the Christmas break and honour those opens," he added.

On his part, President of the Professional Golfers Association (PGA), Mr. Anthony Kwame Mintah, said he was extremely proud of Vincent Torgah.

He said he represents a true mark of a champion and modesty.

He said, "to win 11 out of 15 tournaments, is remarkable and has not happened anywhere in the world".

Mr. Mintah said the executives at the PGA are pushing hard to make the sport more popular. He also expressed gratitude to the media for the support.