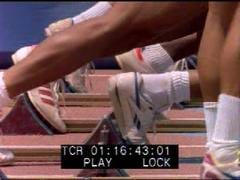 T.I. Ahmaddiya Senior High School in Kumasi has presented a Gh¢3,000.00 cash reward to athletes of the school for excelling at the 2nd Cycle Schools and Colleges Sports Federation Festival. Real AMASS has for three years running emerged champions for both boys and girls in the Ashanti region Super Zonals of the inter-schools sports competition. In annexing the championship trophies for keeps this year, the school broke nine records in the Long Jump (boys and girls), Triple Jump (boys and girls), Discus (boys), High Jump (girls), 4x100m (boys and girls) and 4x400 (boys). The achievement is unprecedented in the annals of the schools’ sports competition in the Ashanti region. Speaking at an event to celebrate the achievement and honour the athletes, headmaster of T.I. AMASS, Yakubu Abubakar, attributed the success to hard work and discipline, stating that the school is making efforts to sustain and improve on the performance. “However, one of the biggest challenges that we are faced with is the construction of a multi-purpose court, for games like volley ball, hand ball, table tennis, long tennis and badminton. “The school is therefore appealing to individuals, philanthropists, old students, NGOs, organizations and the government to come to the aid of the school, so that this vision of the school could be realized, and this we hope shall go a long way to improve upon education in Ghana,” the headmaster said. Mr. Abubakar added the school has not sacrificed academic endeavours for sports, saying Real AMASS maintains its position as one of the leading schools in academic performance in the region and the country as a whole. “In fact in the 2009 WASSCE written, the school came out with envious performance in all subjects such that over 90% of our students gained admission into the universities and the tertiary institutions in the country and abroad,” he said. The headmaster announced that T.I. AMASS chalked the 1st position in the 2011 World Water Day debate in the Ashanti region organized by the Ghana Education Service in collaboration with UNICEF, Ghana Water Company, Water AID and others.