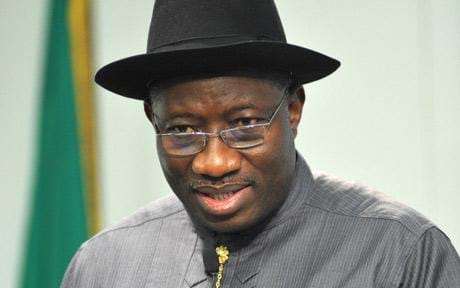 President Goodluck Jonathan - Tackling Corruption is a must

Nigerian president bans football team from international competition for two years Website
Nigeria President Goodluck Jonathan has banned the country's football team from international competition for two years following their poor showing at the World Cup. Nigeria finished bottom of their group in South Africa with just one point from three matches after losing to Argentina and Greece and drawing with South Korea. Rotimi Amaechi, governor of a key oil-producing state, Rivers, who heads a special presidential task force on the World Cup campaign which includes football association officials and former players such as John Fashanu, said Nigeria would write to football's world governing body FIFA to explain its decision. "We went to the World Cup and found all sorts of problems and we felt we should sit back and look inward," said Mr Amaechi. Mr Jonathan also ordered an audit into how the funds allocated for the team at the World Cup were used. The decision will put Nigeria on a collision course with FIFA who take a dim view of any political interference in the independent running of national federations. "We have not received any official information on this subject. However, in general, the position of FIFA concerning political interference is well known," said a statement released in Johannesburg. FIFA has already voiced its opposition to French government involvement as the fall-out from the 1998 champions' first round exit continues. Raymond Domenech's squad were sent packing out of the tournament after losing 2-1 to South Africa bringing the curtain down on a dreadful campaign that saw a players' strike, insults hurled at the coach and a volley of criticism from politicians. Domenech and ex-French Football Federation (FFF) president Jean-Pierre Escalettes were due to address a hearing of a French parliamentary commission into the debacle. Nigeria's former goalkeeper Emmanuel Babayaro, said Mr Jonathan's reaction to the Super Eagles' performance illustrated the depth of feeling in the country towards the team's below-par performance. "It goes to reveal the pain everybody is feeling including the president, for a country with so much talent, so many resources," he said.