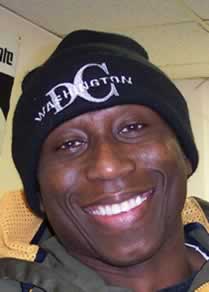 
Professor Francis Dodoo, President of the Ghana Athletics Association (GAA) has been elected president of the Ghana Olympic Committee for a four-year tenure. Prof. Dodoo, 51, won by a majority at the Elective General Assembly of the GOC held on Saturday and run-into the wee-hours of Sunday to succeed Benson Tongo Baba, who led the Olympic-body for over a decade. He polled 38 votes against two by Kojo Adu-Asare and none for Emile Missodey, to realize his long-cherished dream of assumption of the GOC. The General Assembly was characterized by countless cases of counter-decisions which saw the session last for nearly 19-hours. The historic session will go down as the most prolonged in the annals of the GOC since its formation in 1952. Tensions were at fever-pitched amidst armed security personnel and pockets of hues and cries on issues ranging from composition of the General Assembly, nomination of delegates by the respective national associations to the elections. After hours of counter-deliberations on the accreditation of delegates, it took Joao Manuel da Costa Alegre Afonso, the International observer mandated by the International Olympic Committee (IOC) and the Association of the National Olympic Committees of Africa (ANOCA) to resolve issues for the session to commence. Acting as referee, Afonso who hails from Sao Tome and Principe was compelled to vacate the session at 20h13 GMT in protest at the lack of coordination among delegates and resurfaced two hours later just before elections commenced. The bone of contention was about the nominations for the elections, which was scheduled for take-off after report of the out-going President Baba, presentation of the accounts by the auditors and dissolution of the Executive Board. Due to a boycott of the nomination process by the Committee of Presidents of the National Sports Associations in protest at the election procedures, the International observer insisted on the application of the GOC statutes which lists General Assembly as the highest decision making body. His rule gave birth to the counter-decisions as the aspirants who had filed their nominations rejected the notion, ordering the Electoral Commission to go on with election as per the applications available. With evidence of a letter from the IOC, which grants the General Assembly the powers to resolve the nominations, Afonso called for a consensus, which never saw the dim light of the evening. With no visibly sign of headway, the Santomean vacated the session and the initial applicants’ members of the dissolved Executive Board, also walked out in protest. Backed by the IOC letter, the remaining delegates who constituted a quorum appointed a three-member committee made up of Jonathan Tackie-Komme (Chairman), Mawuko Afadzinu and Ray Quarcoo to oversee the elections, based on resolution signed by 42 of 66 total delegates. At 22h35 GMT, Afonso made a surprise and shocking return to the congress venue in the company of out-going President, Baba, to monitor proceedings. He informed the Assembly, that his return was motivated by the response of his conferment with the Presidents of IOC and ANOCA, who both firmed the General Assembly as the final authority. Congress unanimously agreed on fresh nomination in addition to the earlier ones to pave way for voting. For the position of First Vice President, Dr Deborah Cubagee polled 39 votes against one by Frank Appiah and none for Sam Pee Yalley whilst Nii Adote Din Barima beat Elizabeth King by 36 to three for the Second Vice Chairman. Nestor Galley was elected unopposed as the Third Vice Chairman whilst Richard Akpokavie was elected Secretary General after polling 38 votes against two for Mohamed Sahnoon, with Reverend Richmond Quarcoo eleted Assistant Secretary General. He garnered 39 votes and none for Alhaji Ibrahim Gado. Ben Nunoo-Mensah was elected Treasurer with 38 votes and nothing for his competitor, Johnson Clifford Aboagye whilst Hajia Zinabu Mahama got the nod for Assistant Treasurer. Hajia Mahama amassed 37 votes, as against three for Saka Acquaye and none for Angelina Ocran. The nod for five representatives from the National Federations affiliated to International Federations in the Olympic Programme went to David Addo Ashong, Chris Essilfie, Felix Frimpong, Ken Arthur and Frank Awuku, who were elected unopposed. Colonel (retired) John Sharpe, Ken Dzirasah and Francis Adjetey Sowah were elected as the three Executive members. Sharpe grossed 45 votes, Dzirasah had 43 and Adjetey 41 against none for Solomon Ofei Darko and Patience Yeboah. Wing Commander Arko Dadzie was elected as the member from the non-Olympic Sport after polling 23 votes against 16 by Nana Owusu Ansah whilst Lieutenant Colonel Maxwell Bediako was elected unopposed as the member from affiliated associations. The new executives were sworn into office by Wolanyo Agra, Director General of the National Sports Authority.