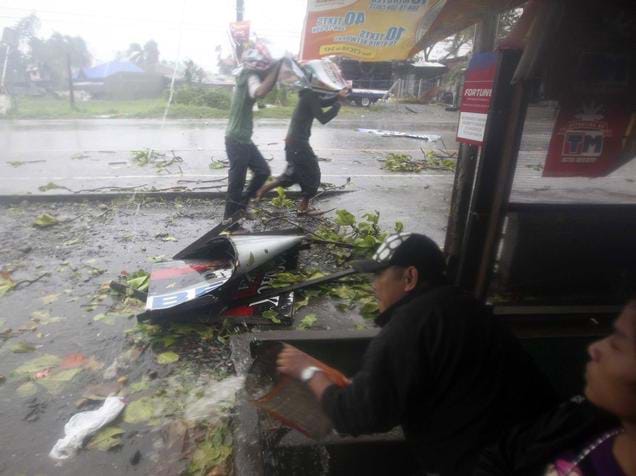 BAGUIO, Tuesday 19 October 2010 (AFP) - Philippine authorities said Tuesday the death toll from Typhoon Megi had risen to three, as the storm dumped heavy rains across the main island of Luzon for a second consecutive day. Many areas in northern Isabela province, which bore the brunt of Megi's fury, remained without power and communication facilities after being lashed by wind gusts of up to 260 kilometres (161 miles) an hour on Monday. In its latest update on Tuesday morning, the National Disaster Risk Reduction Management Council said a man and a woman were crushed by fallen trees separately in the northern Philippines on Monday. A 53-year-old man was previously reported dead after he drowned in a swollen river at the height of the typhoon in another area of the north. The head of the Philippine Red Cross, Gwen Pang, said it was too early to know the extent of the damage. "We are hoping that the casualties remain low," Pang told AFP. "We can't say it will not go up, but people were more prepared this time." "What we are expecting is more reports of heavy damage. There are still many areas without power and communications, while some roads are cut off by landslides." Megi, the strongest typhoon to hit the Philippines in four years, slammed into Isabela province at midday (0400 GMT) on Monday, bringing heavy rains and winds that tore roofs off houses. It then cut a westward path and exited Luzon's western coast at midnight. By Tuesday morning it was about 210 kilometres (130 miles) off the west coast of Luzon and heading toward the South China Sea, the state weather bureau said. But the storm continued to dump heavy rains across Luzon. Classes remained suspended in several northern provinces Tuesday, while Isabela was declared under a 'state of calamity' allowing it to tap into emergency funding.