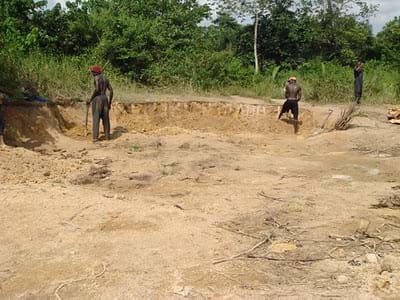 
The Ghana Tourist Board (GTB) has stressed the need to adopt viable and sustainable measures to protect the Owabi Dam which supplies treated water to about 13 per cent of the population in the Kumasi metropolis. Mr Ekow Sampson, the Ashanti Regional Director of the Board, said the water body had huge eco-tourism and economic potentials and could be developed to create employment, sustain the bio-diversity and also serve education purposes. The Dam, built some decades ago, is flanked by the Owabi Wildlife Sanctuary, which boasts of some rare tree and animal species such as mona monkeys, long nosed mongoose, African civet cats, spotted palm civets and common genet cats. There are also about 136 species of birds, reptiles such as broad fronted crocodiles, green mamba and monitor lizards with various types of butterfly, majority of them belonging to the genera Euphaedra, Bebearia, Euriphene and Bicyclus. Addressing the ceremony to mark World Tourism Day at Owabi in the Atwima Nwabiagya District, Mr Sampson said it was high time some malpractices such as illegal tree felling, poaching and pollution of the water body were checked extensively to protect the ecosystem. The Day was marked on the theme "Tourism and Bio-diversity". As part of the activities students from the Kwame Nkrumah University of Science and Technology (KNUST), Kumasi Polytechnic and Kumasi Campus of the University of Education, Winneba, planted about 150 seedlings at the Sanctuary to help protect the Dam. There was also a public lecture on the theme delivered by Mr Jacob Oti Awere, Executive Director of the Ghana Wildlife Society. Mr Sampson said he was of the conviction that the loss of dio-diversity through unsupervised human activities could have multiplying negative effects on the sustenance of mankind as human beings naturally depend on the ecology for survival. In his lecture Mr Awere said the time was ripe for world leaders to be committed to policies and conventions that ensure the protection of the environment so as to curb global warming which was depleting the ecosystem at an alarming rate. Nii Martey Kwao 1, an African-American who has been installed as the Progress and Development Chief of Prampram, was present. The chief is expected to hold talks with officials of the Kumasi metropolitan Assembly (KMA) and stakeholders in respect of the Kumasi International Black Arts and Culture (KIBAC) Festival which is scheduled for November, 2011.