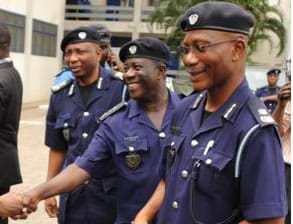 The President, John Evans Atta Mills, has appointed Major-General Carl Modey as Acting Commissioner of the Customs Excise and Preventive Service (CEPS). He replaces E. R. K. Lanyon, who has been posted to the Ghana Revenue Authority as Advisor to the Commissioner. A statement signed by J K Bebaako-Mensah, Secretary to the President and copied to citifmonline.com said Mr Samuel Akwasi Yankyera has also been appointed Deputy Commissioner (Operations) of CEPS. All appointments take immediate effect, the statement said. Until his appointment, Major-General Modey was the Deputy Force Commander and Chief Military Observer with the United Nations Mission in Liberia. He has held other important staff and command positions in and outside Ghana, including Commanding Officer of the 38 Engineer Regiment, Teshie, Accra and Brigade Commander with the United Nations Mission in the Democratic Republic of Congo. He is a Graduate Member of the Ghana Chartered Institute of Administration and Management, the statement said.