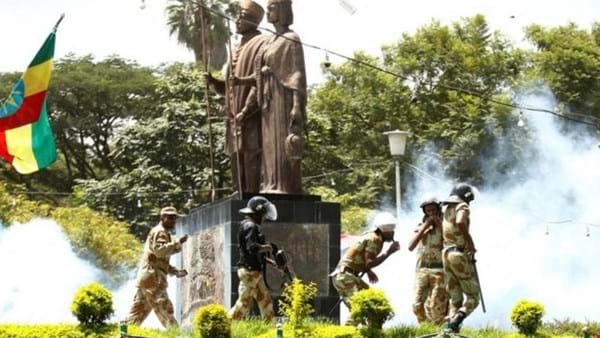 Dozens have been killed and injured in Ethiopia's Oromia region after security forces confronted protesters at a festival, witnesses say.
Some people died in a panicked stampede after police employed tear gas, rubber bullets and baton charges, they said.
Thousands had gathered for a religious festival in Bishoftu, 40km (25 miles) from the capital Addis Ababa.
Some reports said police responded after anti-government protesters threw stones and bottles. Others said demonstrators were entirely peaceful.
Ethiopia's government said in a statement that "lives were lost", adding: "Those responsible will face justice".
An Oromo activist, Jawar Mohamed, is quoted as saying nearly 300 people were killed and many more injured. He said troops and a helicopter gunship had opened fire, driving people off a cliff and into a lake.
There has been no independent confirmation of this.
Police fire tear gas to disperse protesters during Irreecha, the thanks giving festival of the Oromo people in Bishoftu town of Oromia region, Ethiopia, 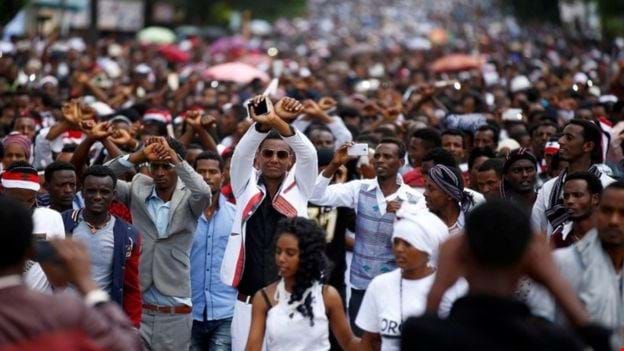