No Foreign Vessel Registered To Operate In Ghana 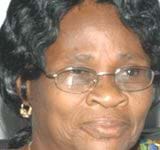 No Foreign Vessel Registered To Operate In Ghana Website
Mrs Gladys Asmah, Minister of Fisheries says the Ministry has not registered any foreign vessel to operate in the country since that would be inimical to the interest of the nation and against the laws. “On the contrary, the Ministry is gradually building the capacity of the indigenous fishers and companies to enable them to operate independently and eventually take complete control of the fishing industry in the country,” Mrs Asmah explained. Addressing the media to respond to several notices of protest march to be embarked upon by members of Joint Action Against Pair Trawling (JAAPT) and other fishers Associations in Accra, Mrs. Asmah said the sector had rather taken many measures to reduce foreign influence and participation in the fishing industry. She said most Ghanaian companies had been assisted to own their trawlers instead of importing fish. The Regional Maritime University has also been assisted to establish tuna fishing faculty to train Ghanaians to replace expatriate fishers, she added. The Minister said the Chinese, Koreans or Japanese expatriate fishers being complained about by the fishers associations were employees of Ghanaian companies who had been recruited and were being paid by such companies. On the issue of pair trawling, Mrs Asmah explained that that was illegal and the Ministry had been leading efforts to enforce its ban. She said the leaders of the various fisheries association had most of the time been met by the Ministry and informed about interventions being made to improve the fishing industry and the leadership should inform and educate its members on such efforts. Mrs. Asmah said the Ministry was also relying on the good sense of the people in the fishing communities and fishermen generally to solve the problem of pair trawling. “Appeals have been made to all fishers and people living in the fishing communities to act as whistle blowers to give the names and particulars of vessels caught in the act to enable the Ministry to initiate criminal prosecution of all offenders.” It is therefore our considered view that if the organisers of the demonstration had taken the pain to contact the Ministry, all the issues raised in the petition would have been amicably resolved without recourse to actions that had the tendency to cause violence and destabilize activities in the industry,” she stressed. In a related development, Mrs Asmah announced that sod would be cut for work on 12 landing sites and two harbours to be started in July after successfully sourcing funds from China.