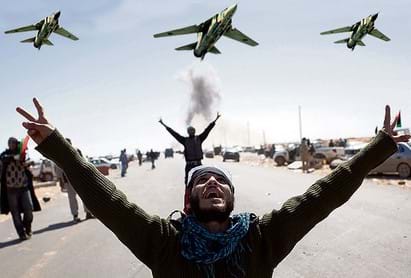 
In the latest developments from the conflict in Libya, rebels have battled their way back into a major oil port just 50 kilometers west of the capital Tripoli. Saturday's advance has forced Muammar Gadhafi's troops to close a vital coastal highway and key supply route from Tunisia. Rebels say they have captured 17 government soldiers in a battle in the western town of Zawiyah. The renewed rebel offensive marked a significant rebound for opposition forces who were crushed and driven out of Zawiyah nearly three months ago. Rebels first took Zawiyah in early March, but were expelled less than two weeks later in an assault by members of an elite brigade commanded by Gadhafi's son Khamis. The defeat left rebels with less than a foothold, in Libya's far west. On Saturday, a London-based spokesman for the rebels' political leadership council, said opposition fighters have taken control of a large area on the western side of the city. A rebel sponsored website says Gaddafi's forces were deploying small warships from the sea, trying to free government troops who were surrounded by opposition fighters in Zawiyah. Apparently prompted by fresh clashes in the west, Gaddafi's forces sealed off parts of a crucial coastal road leading from Tripoli to the Tunisian border. The coastal road is a key artery that delivers food, fuel and medicine for the Libyan government. On the same day, shelling continued sporadically near the rebel-held port city of Misrata, where Gaddafi forces hit towns on the western outskirts of the city, over 200 kilometers east of Tripoli. More than 30 rebels were reported killed in government fire from tanks, artillery and incendiary rockets that rained down on Dafniya, about 30 kilometers west of Misrata. The city remains one of the most important rebel footholds in western Libya. Government forces have Dafniya surrounded on all sides but the north, where the city has access to the Mediterranean Sea for supplies. Rebels have beaten back several government attempts to retake the city.