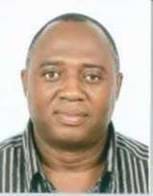 I am not a British Citizen Anymore


Adamu Daramani, Member of Parliament for Bawku Central, who being held for triple nationality, on Friday tendered a number of documents indicating that he had renounced his British citizenship. Among the documents tendered were correspondence between him and his United Kingdom-based lawyer, the correspondence between his lawyers in Ghana and United Kingdom, British Overseas Territory Citizenship. The rest are full text on alleged Burkinabe Passport and Identity Card from the United Kingdom (North Ireland). He said as at October 15, 2008, he did not hold British and Burkinabe passports. Continuing with his defence at the Fast Track High Court, he recounted that the declarations made before the electoral officer in Bawku were true. Led in evidence by his lawyer, Mr Yonni Kulendi, Daramani said knowing the requirement over dual citizenship in Ghana, he sought the advice of his lawyer, Mr Stanley Opoku, in the UK. He said his UK-based lawyer's advice was documented. This he tendered it in evidence. Prosecution, however, objected to the letter saying it was a photocopy, did not bear a letterhead and had two different dates. Mr Kulendi was of the opinion that the letter had been duly signed, bore a website address and telephone numbers that the prosecution could verify. However, after the MP had told the court that he was unable to secure the original because they were missing, the court overruled prosecution's objection and admitted same in evidence. The MP said after his UK-based lawyer's advice, he asked him to hold on because he needed to put the necessary steps in place to relocate his family as well as weigh the necessary options that went into the elections. He said on his return to Ghana he was nominated after the primaries on August 17, 2007. According to him in September 2008, he agreed with the terms and conditions spelt out in the letter from Mr Opoku. As a result, the MP said, he received letters from UK Home office as well as the correspondence between his lawyers in Ghana and UK. The MP, who is being held for triple nationality, had had six out of the nine charges preferred against him dropped by an Accra Fast Track High Court (FTHC). This was after the court, in its ruling on a submission of "no case", discharged him on charges of prohibited immigrant, forgery of passports, registration offences and two counts of unauthorised voting. Adamu Daramani, aka Adamu Daramani-Sakande, aka Adamou Sakande, a Security Management Specialist, has pleaded not guilty and is on GH¢10,000 bail with surety. The prosecution's case is that in 2008, after the presidential and parliamentary elections, information reached the complainant, Sumaila Beibil, that the accused, who won the Bawku Central seat on the ticket of the New Patriotic Party, had multiple nationalities. He, therefore, reported the case to the authorities and investigations revealed that Daramani had multiple nationalities. The prosecution said investigations revealed that Daramani had a Burkinabe passport number C10098625, which was issued in November 1999 and expired in September 2009. It said Daramani, as a Burkinabe, travelled on the said passport to Ghana on March 19, 2004 and departed on March 30, 2004. The prosecution said Daramani also possessed and owned a United Kingdom passport number 094442650 on which he travelled to Ghana. He arrived in the country in December 2005, sought and obtained a Ghanaian entry visa with the Ghana High Commission in London. In addition, when Daramani returned to Ghana in 2007, he managed to secure a Ghanaian passport, thereby evading and abusing the county's electoral system and laws. The prosecution said Daramani used the same representation to get his constituents to nominate him as parliamentary candidate, and he was accepted, thereby making them to believe that he is a Ghanaian and filed all the requisite forms. It pointed out that Article 94 (2) of the 1992 Fourth Republican Constitution of Ghana, forbade aliens from contesting elections in the country. The case has been adjourned to October 15.